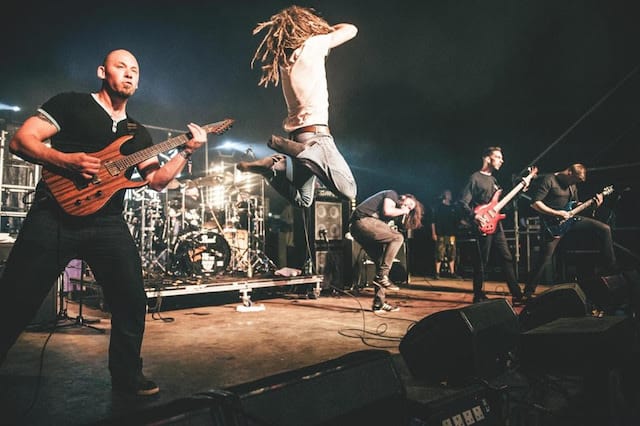 “Excited to be back with Justin onstage.” Says Mikee. “Also with Pin being back, this is the line up everyone knows. We want these shows to be our best ever. We plan to play songs we’ve never played before too.”

“Sikth has always been a huge part of my life, I’m so proud of the music we created.” Declares returning vocalist Justin Hill. “Excited to have the opportunity to celebrate the history of the band. The energy of our live shows has always been such a rush and I can’t wait to experience it again.”

“I feel the contrast between myself and Justin’s vocal styles really complement each other.” Concludes Mikee. “ I know the reason he wants to come back is the passion he has for it. And that is the reason I get onstage too. Really excited for the energy of the fans again too.”

Tickets on sale 10am Friday 25th March at http://myticket.co.uk/artists/sikth

SikTh‘s debut album The Trees Are Dead & Dried Out Wait for Something Wild was released on August 18, 2003 through Gut Records.

In support of the album, they went on to appear at Download Festival at Donington Park in 2003 and quickly became one of the most exciting and well known rising stars of the UK metal scene.

Over the course of three albums, four EPs and a host of international touring, SikTh have established themselves as one of the most influential bands to come from the UK, adored by fans and other artists alike. The reunification of the original line up will be enthusiastically welcomed, and the shows promise to be unmissable celebrations of the band’s 20+ years.