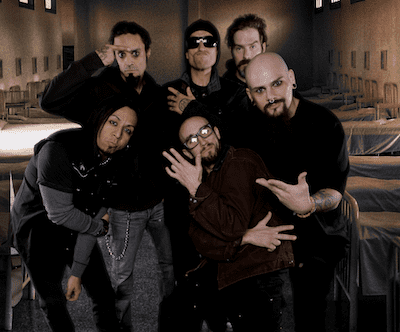 “We’re extremely proud of this little gem. For an EP, it was a long, arduous process that spanned 5 states and 6 studios, but we persevered and succeeded,” notes bassist and co-founder Chad Hanks. “This is our first major step back into the game, and the next step in serving up a full-length AHC record. The ‘heavy music scene’ is even worse off than we left it 6 years ago. We’re looking to rectify that.”

Shoot will be self-released by the band on CD and digitally on July 23.

The ep can be pre-ordered from the band’s website and fans can bundle the CD with an exclusive poster and t-shirt. All pre-orders will receive a code to digitally download the EP a week prior to its release.

The ‘Shoot’ tracklisting is as follows: