Iconic hardcore-punk band Bad Brains will release ‘Into the Future’ on November 19 through Megaforce. Their new album features the classic lineup of H.R., Darryl Jenifer, Dr. Know and Earl Hudson. 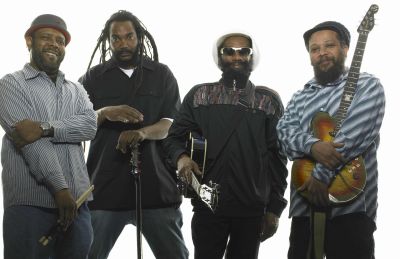 “’Into The Future’ is the purest Bad Brains recordings since the ROIR cassette,” says bassist Darryl Jenifer.  “Our self-produced record shines with a true sense of freedom and musical experimentation, with blends of soulful backgrounds meshed with blistering hardcore and metal riffs, with classic dub.”

The band decided to self-produce the album and capture that spirit only they could find.  Included on the album a remix of ‘Peace Be Unto Thee’, a tribute to longtime fan, friend and producer Adam Yauch, who marked the Bad Brains’ return to form by producing their previous album ‘Build A Nation’.

Considered to be the holy grail of punk rock, they are one of the definitive American punk groups who garner the same respect as Sex Pistols, Black Flag, The Ramones and The Clash.

Listen to lead track from the new album ‘Into The Future’ below.