Officially the first music festival of the summer, the seventh Liverpool Sound City conference will lead on the three themes of football, music and style – cornerstones of the city’s identity. 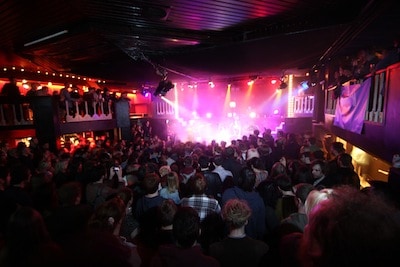 David Pichilingi, CEO of Sound City, clarifies the thought behind this strategic shift: “The British music business is as much about style and football as it is about the music. Pop subcultures have embodied musical movements in the UK since the birth of rock and roll and the commercialisation of pop music. From the original mod and rocker movements through to glam and punk rock sliding into acid house, the second summer of love and Britpop – music, football and fashion are intrinsically linked.

“In the north, these things are part of our upbringing and that’s why there has been so much success from Liverpool and Manchester. In the last 50 years our two cities alone have produced more talent and creative output than most countries.  In turn these artists have gone onto generate vast amounts of income on a global scale. Going forward the Sound City vision is, for the first time, to bring these creative strands together and look at how we create new meaning for the future and in turn inspire and motivate a new generation of talent.”

Sound City’s remit is to create a new type of music industry conference that offers inspirational keynotes and ‘In Conversation’ pieces designed to inspire, motivate and bring together new thinking. Returning to Sound City is friend and rock and roll royalty Andrew Loog Oldham. Andrew is famous for discovering and managing The Rolling Stones.  Andrew will be lead curator for the Sound City 2014 conference and will be leading the way in helping to bring in world-class guests and speakers and innovators around the key themes of music and style.

Andrew states: “I had the most educating and entertaining time at Sound City last year. It helped remind me of what was and the possibilities of what can be. We make the future together. We are more than one bullet in the gun, we are the big bang. David and I are investigating doing a rock and clobber event in 2014. I look forward to being there again and playing an active role in shaping the event.”

Liverpool Sound City is currently programming the style and music content and is promising big names. Said Becky Ayres Liverpool Sound City’s COO: “We are renowned for drawing big names to the conference – in the past we’ve had the likes of Seymour Stein, Arthur Baker, Ian McCulloch and Peter Hook.  For 2014 we have raised the bar again and have some major global personalities booked in. It’s going to be incredible. ”

The football content is provided by award winning The Anfield Wrap – the LFC inspired podcast, website and digital magazine with both the podcast and magazine firm fixtures in the top ten of the UK Sports iTunes charts with a world-wide audience from Anfield to Australia.

Said Andy Heaton of TAW: “After the resounding success of last year’s Sound City, we are incredibly excited to be asked to get even more involved with next year’s festival. We’ve got some big ideas and even bigger names lined up to contribute the expanded conference programme, that will reflect the city’s rich and unique position in world football and popular culture.”

Liverpool Sound City is the biggest urban festival in the UK with over 45,000 attendees expected in 2014. The conference is a unique and integral part of the event hosting more than 3,500 delegates and dealing with weighty issues that go to the very heart of the business as well as exploring the lighter side of the music industry.