Mayday Parade have realised their seventh studio album today; entitled ‘What It Means To Fall Apart’. Fans have been given video teasers of tracks, which would make up this powerhouse album; a true ode to the band and their origins.

The emo quintet created What It Means To Fall Apart with Zack Odom and Kenneth Mount, whom they’ve collaborated with for a longtime. This album saw the band take a new creative flow, entering the studio with no destination in mind; just a passion to make music. What they left with was a full 12 track album, which embodies their traditional emo roots. You can clearly hear throwbacks to previous tracks such as Piece of Your Heart flowing through. Mayday Parade have always been about more than just creating music, they want fans to connect, to feel and to find what you need.

Lead singer Derek Sanders shared that the spark which brought the band alight in the beginning still shines bright today.

The 12 tracks will take you on a journey, touching on a wide range of emotions and memory-triggering melodies. It hits off with the nostalgic, up beat ‘Kids of Summer’ reminding us of those days gone by, sunsets, first loves and festivals. This song was made for a live audience to sing out the chorus.They cannot wait to share these tracks live with fans bassist Jeremy Lenzo noted, “Being able to get back together and play music is always a highlight.”

The third track ‘Think of You’ is a striped back acoustic number. It focuses on moments missed, so not taking anything for granted. In a social media world, this song encourages you to step back and lock in that memory. Multiple tracks unpick love  from ‘Bad at Love’ opening up wounds for some and forcing self-reflection to their latest single ‘One For The Rocks And One For The Scary.’

What they have done is remind us that Mayday Parade know themselves; know their fans and are a force which are only going to continue to grow. 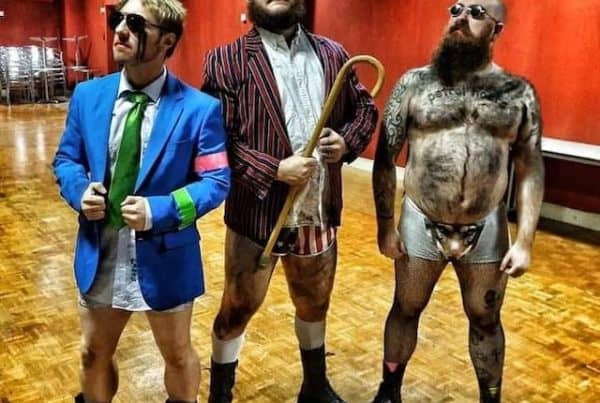