‘The Dream Walker’, the newest album from Tom Delonge’s space rock outfit Angels And Airwaves is as sugary and dreamy as ever. 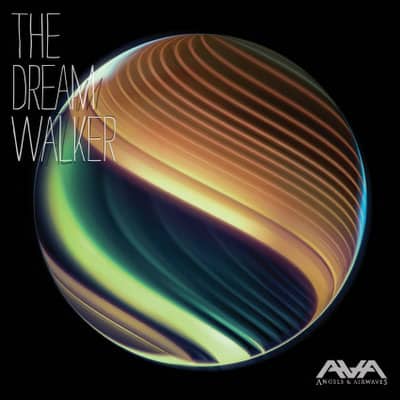 It’s great at balancing a bit of distorted guitar here against a lot of synth there, which seems to be the way that certain sects of alternative music is going – Foals, for example.

While Angels And Airwaves has always fancied itself as somewhat of an experimental art project, it has continued in this vein with this, its fifth studio album. ‘The Dream Walker’ is part of a larger multimedia project, which features comics, animations and a short film that centre around a character known as Poet Anderson. Recently, the short film accompanying the album, ‘Poet Anderson: The Dream Walker’, took the Best Animated Film award at the Toronto International Short Film Festival.

Poet is a lucid dreamer and the film focuses on the world he explores in his sleep. Here, he meets his guardian angel of dreams, known as Dream Walker, who is to protect him from a Night Terror monster. Yet Poet’s nightmares start entering his waking life and he must face his demons.

Such a setting is easy to picture when listening to Angels And Airwaves. Their newest album, ‘The Dream Walker’ is no exception. Opening track ‘Teenagers And Rituals’ has a dream pop edge to it, a catchy tune largely driven by synth and drums. Then the record plunges into a more rocky side with ‘Paralyzed’ – which was released back in October – before going for more of a middle ground between these two genres with The Wolfpack. There are changes in the atmosphere of the album throughout, from ballads to upbeat alternative rock tracks and tunes that border on electro pop. So it’s certainly not afraid to give different styles a go. Then again, that always felt like part of the point of Angels And Airwaves – to try out whole other areas of music. For example, there aren’t many similarities with Tom DeLonge’s work in Blink 182 and Box Car Racer.

As a record alone, ‘The Dream Walker’ doesn’t do anything new really, it isn’t far flung from the work that Angels and Airwaves have already done nor is it ground breaking as an alternative rock record generally. Nevertheless, it’s pleasant to listen to if you’re looking for something to chill out to, likely well suited to the film it accompanies and is the kind of thing that would (and has) sounded great at Leeds Festival.