Casee Wilson is a singer-songwriter based in York. She has just released her third album ‘Here At A Distance’, containing 13 songs. 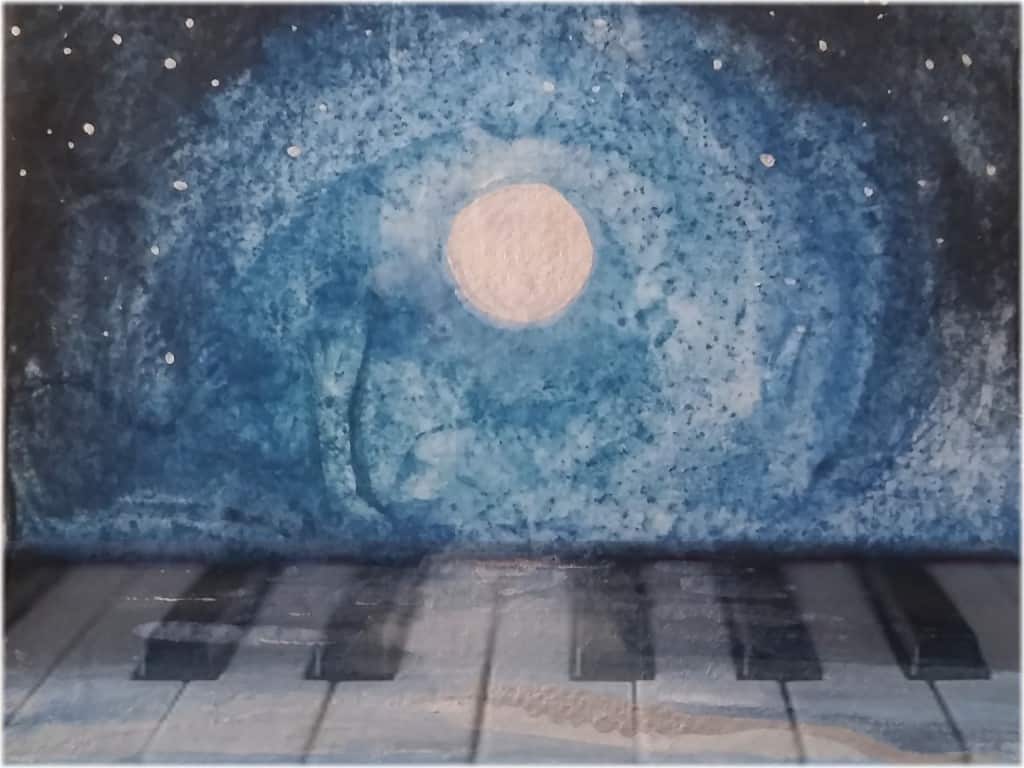 The songs are sparsely arranged, with piano, some occasional drums and Casee singing in her confident, clear voice. Her emotional and allegorical lyrics are the basis of the melodic and powerful songs, taking a lot of their imagery from nature and often focusing on relationships.

Songs such as ‘Bitter Fruits’ and ‘Battlefield’ talk about love and its fallout. Death is a recurring theme throughout the album, opening with Breath, confronting death and fear from the first few lines “Breathe like it’s your last breath / Live as though you don’t fear death / You might as well fly than fall / You might as well try than stall “

Casee counts Kate Bush, Tori Amos and Kate Rusby among her influences but it is the singer songwriters of a previous generation that come through strongly – Carole King like vocals in ‘Tapestry’ in the pacing and confessional nature of the song; the genius of Judee Sill in the multi-layered vocals of Shadows On The Run, Scarlet Casanova and The Gin Song; and the emotional directness of Sandy Denny. However, songs like Leave a Light On and Amazing show the influences of Kate Bush and Tori Amos and even Joanna Newsom.

The humour in ‘The Gin Song’ comes across in other places in the album, especially Rubbish Fairytale and murderers tale, ‘Scarlet Casanova’ with shades of ‘Mac The Knife’ in the lyrics – “He wants your heart, he wants your soul /But mostly just your heart, that’s not a metaphor, no”.

This is a theme that runs through the album – music as the great healer, troubled pasts to move to happier futures. As she says in the heartfelt ‘Learning To Fly’, – The sky is clear now / And I can see for miles and miles / No matter what is thrown at me / I turn the other cheek and I smile.”

casee wilsonhere at a distance