Chrysalis are yet another band to try their hand in the resurgence of crossover, nu-metal inspired music, fusing metal with other genres and trying to push the boundaries. 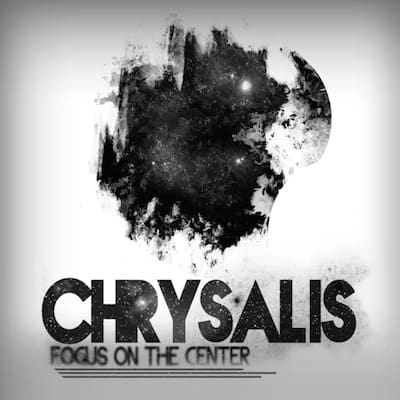 If you’re a metal fan that digs the likes of Pierce The Veil and Issues then this will probably be for you. In a world of music when most things have been done before, Chrysalis do a good job of trying to find their own sound but fall short of being anything really unique or genre defining . ‘Focus On The Center’ has some really strong moments in it, the final third of Sounds of the playground is really promising, introducing their first use of screaming instead of the high pitched, whiney clean vocals that are like nails being scratched down a chalkboard. There are a handful of songs that play with the tempo which is probably one of the album’s more defining features, switching in and out of moods more than a schizophrenic. ‘Saturn Waits’ is most notable for these swings and has a proggy vibe to it that you wouldn’t expect from a band whose vocalist sounds like Tyler Carter. Vocally, there are plenty of comparisons to the previously mentioned bands but musically there are some much stronger moments like the heaviness of ‘My Forsaken’ that interchanges with a short, funky section and the instrumental ‘Tumbula’.

Focus on the Center is a solid album with plenty of character that does well to create a different sound and will be a hit with a younger audience.