The great thing about the Dropkick Murphys is that you know what to expect from them. With each album, their sound is delivered through a mad vessel of Celtic punk rock, bagpipes and all. It’s frenzied, fun and self-aware. 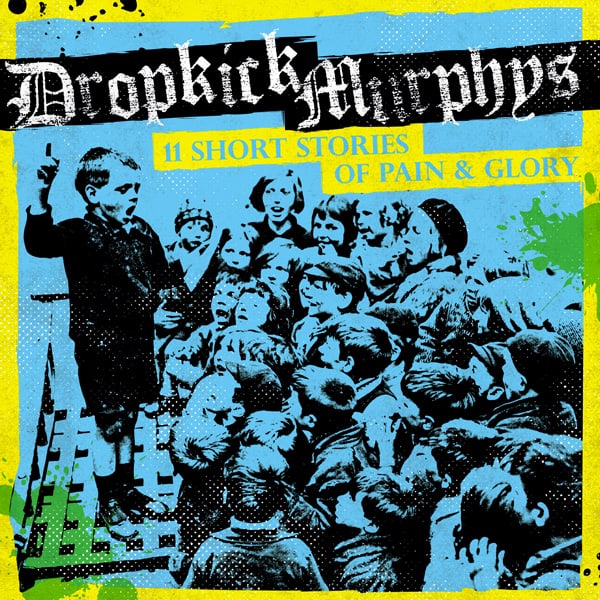 Think eye-patches, ginger beards and several pints of Guinness. Think galloping bass lines, stomping percussion and power chords. But think also of a hilly Irish plain, mist rolling in from the sides as a scruffy farmer gazes, steely-eyed, into the distance.

Basically, if you played a Dropkick Murphys album around your weird Irish granddad, he’d find himself renewed with ancestral vigour, downing the rest of his whisky and smashing your favourite ash tray over uncle Simon’s head (Christmas 2006 was eventful). It’s a fantastic and endearing combination, culminating in such gems as I’m Shipping Up to Boston and The State of Massachusetts.

So I’m not entirely sure about the stadium-filling direction in which the Massachusetts-born six-piece have taken their upcoming album- 11 Short Stories of Pain and Glory.

As usual, the album starts out with a rather serious Gaelic atmosphere, interrupted suddenly by chants and stomping. This is ‘The Lonesome Boatman’, and it wouldn’t go amiss as a football chant… a return to form so far, then. This is followed by track two, ‘Rebels with a Cause’, which kind of sets the precedent for the whole album. It’s got huge, cavernous guitar tones which lend themselves to a very classic rock sound or a KISS revival act. Don’t be too put off by this, though. It’s a very fun track and the usual vocals sound like Blackbeard himself is back from the dead and screaming ‘Hey kid, you got heart!’ The rock song theme is shown in Sandlot too, characterised by a chunky acoustic tone and clap-clap-clap rhythm. It has an infectious chorus but the track takes no risks and just does away with Celtic atmosphere, only maintaining its ‘Dropkick-ness’ through the Irish accent and backing yells. Ditto track five, ‘Paying My Way’. This explores big stadium rock characteristics too, with a slow, striding tempo and a chorus built for singing along. It even has the We Will Rock You stomp-stomp-clap intro. C’mon.

Fortunately, tracks like ‘First Class Loser’ later in the album are a saving grace and a real return to form for the Dropkicks. The stomping rhythm and Celtic sound is back, flutes and banjos supplying main hook alongside Casey’s low growls and the backing yells. I Had a Hat is the same, and is absolutely the strongest song on the album. ‘I had a hat when I came in, I’ll have a hat when I go out’, they threaten. It’s a great chorus with a breakneck pace, hurried along by Matt Kelly’s caffeine-crazed drumming.

To be honest, it sounds like the Dropkicks had a great time with this album. Tracks like ‘Kicked to the Curb’ and the band’s version of ‘You’ll Never Walk Alone’ (It’s not about Liverpool FC, don’t worry) are evidence of this. There’s also a soulful and tear-jerking memorial to those lost in the Boston bombings with ‘4 15 13’, named after the date of the attacks. So it’s not like there’s no passion, either. Overall, there’s a distinct lack of Celtic instruments at times and the big stadium rock direction comes across a little stale and generic.  But the album does have something to offer to old fans, and is very likely to attract some new ones, too. It finishes on the bizarre Britpop influenced ‘We’ll Meet Again’ – ‘We’ll meet again, don’t know when…’ Neither do I, but I hope we do! But next time guys, just make sure you watch Braveheart beforehand.