After almost three years since The Blackest Beautiful was released, California post-hardcore band, letlive. have returned with their fourth album, If I’m the Devil. This is the band’s first offering since the departure of guitarist, Jean Nascimento in 2015. 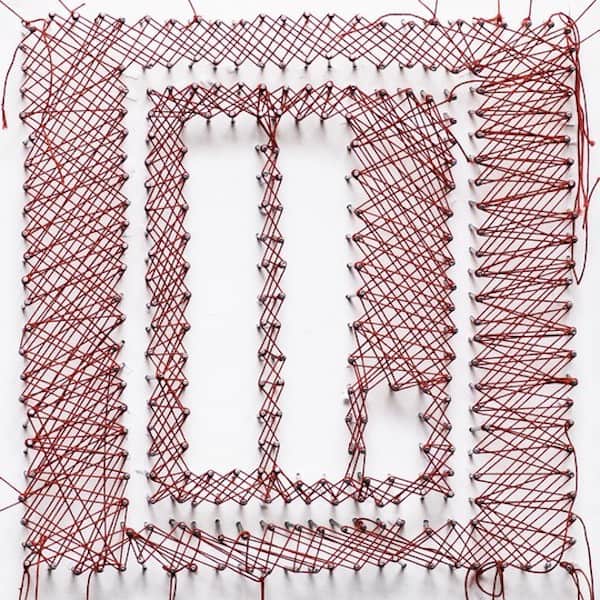 Getting right into it, ‘I’ve Learned to Love Myself’ eases us in with a delicate guitar intro. Anticipation builds as we’re greeting with an immediate element of showmanship. Vocalist, Jason Aalon Butler’s vocals gently float in to tell a story of an eerie instrumental that builds with every chord. As Loniel Robinson’s drums kick in, a tsunami of frustration and primal energy pours of us. The calm is quickly diminished as the track continues, eventually slowing to a heavy finish with Butler’s distorted declarations pouring through. Changing the pace, ‘Nü Romantics’ comes racing in with a hard-hitting guitar intro, quickly greeted by Butler’s mighty scream and rapid fire lyrics, backed by a solid, steady rhythm that keeps the track charging through. Echoing chants and dramatic instrumental suspension drive the track. All of the many elements come together almost immediately in this track to create a multi-dimensional, transformative song. Although the pace changes throughout the course of the track into what almost sounds like a culling song by the end, a coherent flow ties everything together into an evolution.

Tapping into a topical and more political agenda are tracks such as ‘Good Mourning, America’ and ‘Reluctantly Dead’. ‘Good Mourning, America’ starts with a soundtrack of what sounds like an inner-city with people talking and a helicopter above, abruptly followed by gunshots and screams. Female group vocals begin, immediately bringing a poignancy to the track. Butler’s vocals follow to offer a heavy and rightfully frustrated criticism of violence in American culture. Similarly, ‘Reluctantly Dead’ unearths a critique on the abuse of power so often seen through authority figures today, while offering a different perspective rather than immediately condemning. A minimal intro, followed by Butler’s commanding vocals, highlights the lyrical potency of these two tracks.

As the album continues, an amalgamation of influences and genres is increasingly more obvious. ‘Who Are You Not’ brings out a more experimental sound instrumentally with more melodic vocals, taking down the heavy edge and showcasing Butler’s vocal capabilities. ‘A Week Ago’ brings out a playful dynamic with a psychedelic sound. Butler’s alluring, breathy vocals quickly change into short bursts of anger and frustration. ‘Foreign Cab Rides’ brings out a slower side to the album with the repetition of the desperate plea, ‘stay with me and share my disease’. A heavy instrumental is broken up by calmer, multi-dimensional vocals.

While ‘Elephant’ is a catchy, almost dancey track that we can’t help but bob our heads to, ‘Another Offensive Song’ is reminiscent of Rage Against the Machine, bringing out a side of aggression and chaos that fits the letlive. mold, but not like anything on this album. The title track, ‘If I’m the Devil’ brings yet another completely different tone and pace to the album, starting with what sounds like it could be a military march and softer vocals. A grooving flow changes the pace and adds another layer to the song. Bringing it all home is ‘Copper Colored Quiet’, another slow start with a percussive groove and definite theatrics riddled throughout. A heavier sound begins to build while group vocals sing, ‘we all came to watch your world as it burns’.

If I’m the Devil… is a varied collection of songs that experiments with different genres while still sounding like the letlive. we know and love. Individually, each track uses different styles and genres to come together and build an impressive sound, but for us, the album as a whole lacks that cohesion that can bring power to an album.