From the onset, London duo Shitwife appear to harness an intriguing sound, but the novelty is soon to wear thin, as their debut full-length ‘Big Lad’ results in quite the challenging listening experience. 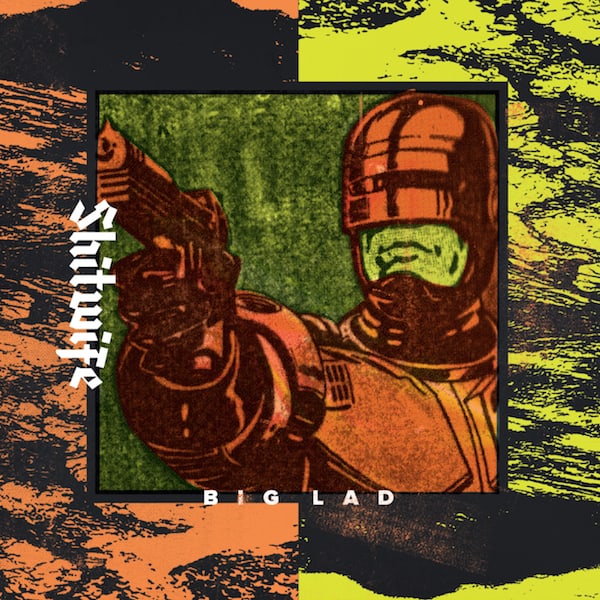 The duo, who formed in 2013, have been turning heads over the last two years with their idiosyncratic sound and pulse-raising live performances. The group consists of mental/super-drummer Henri Grimes, formerly of Shield Your Eyes and keyboardist Wayne Adams of Ladyscraper.  Since their inception the band have toured extensively across the UK and have secured a deal with local indie Serpien Records.

One of ‘Big Lad’s’ shortcomings is that the majority of its synth-laden tracks are indistinguishable and easily appear to blur into one. It is consistent with brisk percussion and brassy synth melodies, which contrives quite a one-dimensional experience. Although the band appears to be extremely engaging in a live setting, the intense atmosphere unfortunately, in a few places fails to translate within the confines of the studio.

Latter track ‘Thomas Brewins’ succeeds in mixing things up and feels heavily inspired by the sounds of 90s Nintendo. Lead single ‘High Octane Party Banger’ delivers as a fitting up opener, initiating with some ferocious percussive blasts from Grimes. It not only demonstrates the group’s instrumental prowess, but also shines through its progressive arrangement. Meanwhile, the discordant crash of ‘Die Hard 4 Point 0’ signals a departure from what is expected.  Following its chaotic introduction, the track progresses to a more free-flowing ambient groove, before exploding into some heavy face-melting bass.

‘Big Lad’ is cluttered with an abundance of recycled hooks and melodies, but tracks ‘Thomas Brewins’ and ‘High Octane Party Banger’ succeed in raising excitement. Shitwife are clearly capable musicians, with the majority of the record boasting their impressive technical skills, but their main sticking point for this writer, is simply how their ideas are formulated.