Former Underoath vocalist, Spencer Chamberlain is back with his latest project, Sleepwave. Teaming up with new bandmate, Stephen Bowman, the duo present their debut album, ‘Broken Compass’, set to be released on September 16. 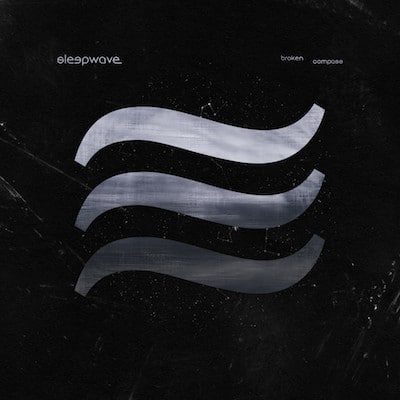 Underoath fans, be warned, not even with a former member of the band at the helm could anyone reproduce the iconic clean/unclean post hardcore dynamic of the band and that’s not at all what Sleepwave are trying to do. It’s not easy for a musician living in the shadow of their former band to step out with a new project, but Chamberlain does it in such a tasteful way that eases the transition for any fan.

‘Broken Compass’ is an artfully constructed eleven track album that showcases Chamberlain’s evolution as a musician and kicks serious ass while doing so. Produced by David Bendeth (Paramore, Bring Me The Horizon), each track adds a new dimension, creating a Frankenstein’s monster of industrial, post-hardcore and melodic tracks that balance each other in an unimaginable way.

The album kicks off with a gentle piano intro from ‘Paper Planes’, leading to a crescendo that unveils frantic guitars and an overall heavy sound with Chamberlain’s vocals tying the madness together. This track has an unexpected electronic element, which is present through other tracks on the album like ‘Inner Body Revolt’ and ‘Whole Again’. We wouldn’t expect anything other than a collection of face melting, intense rock tracks from Chamberlain and we’re not disappointed. With tracks like ‘The Wolf’ and ‘Rock And Roll Is Dead And So Am I’, a fast, solid, unforgiving song, it’s like running into an old friend. Chamberlain’s familiar vocals are set over a steady musical display driven by drums and bass that drive the track straight into the ground in the best possible way.

Even with slower tracks sprinkled through the album, such as ‘Hold Up My Head’ and ‘Disgusted : Disguised’, the overall integrity remains the same from start to finish. Somehow the pace of the album manages to stay high from start to finish through the unrivalled energy of Chamberlain and Bowman that’s made painfully obvious in each track. For any band, a debut album needs to say a whole lot, and ‘Broken Compass’ just doesn’t shut up.