Album Review: The Xcerts – ‘There Is Only You’

Catchy pop-punk, with some of the much loved conventions and an added little spin dropped in the right places. That’s pretty much the best way to sum up The Xcerts’ new album ‘There Is Only You’. 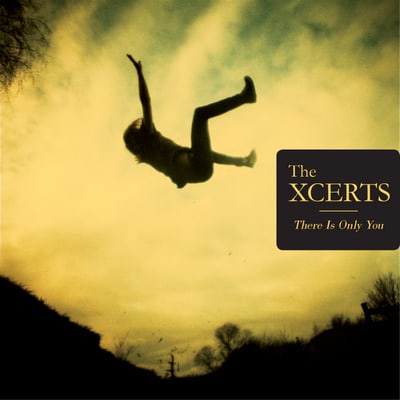 This is not one of those albums that hits you with a few killer tracks at the start and then peters out, rather it builds throughout. Starting out with a simple but pleasant acoustic melody, it moves into catchy tracks – expect ‘Shaking in the Water’ to get stuck in your head – and towards the end the big guns come out with the likes of ‘Teenage Lust’ and ‘Kids On Drugs’. The whole record eventually culminates with the title track, which is a beautiful orchestral ballad come rock anthem.

In terms of lyrical topics, the record follows the familiar line of romance and loss. Yet it seems to be done in a self aware way. Of course, this brand of rock music is largely driven by the angsty relationships people faced in their teen years. Perhaps because we can all say we’ve been there? The band themselves admitted: “We wanted it to sound like a romantic rock record, even though it’s a sad romance, the romance you can have with nostalgia.”

What makes The Xcerts great is that they seem to have a genuine passion about their music. They know how to use the most lovable motifs of pop punk – soprano backing vocals a la Jimmy Eat World, simple power chord-driven riffs and breakdowns. Yet they also know when to drop in a little piano melody, some strings, and a dash of je ne sai quoi. You know the feeling, when you hear a rock track and you think “this needs something more but I can’t put my finger on it”. The Xcerts do a beautiful job of filling that gap.

It’s a refreshing trait given that some more mainstream pop punk bands – not naming names – sometimes appear more concerned with hitting the formula for what might get into the charts. Yeah, there’s a place for pop conventions but most music fans want something that can get under their skin too. Hats off to The Xcerts for striking that balance.