The legendary Linkin Park are back with their latest album The Hunting Party. Since the 2000 release of ‘Hybrid Theory’, Linkin Park have maintained a steady climb to the top through their activism, film soundtracks and even their own video game, but the one constant in the band’s success is of course their renowned and unique sound. 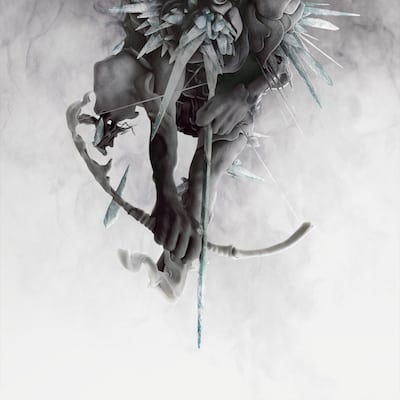 The album is set to be released in the US on June 17, marking the band’s sixth studio album. Vocalist and guitarist Mike Shinoda and guitarist Brad Delson have co-produced the album, adding a truly personal characteristic. ‘The Hunting Party’ has been joked by Delson and Shinoda to be an “alternative Hybrid Theory”, which is indicative in tracks such as ‘Until It’s Gone’ and ‘Final Masquerade’. Linkin Park has always delivered a sound that’s unique to them, which might be a contributing factor to the band’s success over the years. The first track of the album, ‘Keys To The Kingdom’ is exactly the kind of kick-off track that we expect from Linkin Park, starting with vocalist, Chester Bennington’s iconic scream followed by Shinoda’s vocals carrying the verses of the track in traditional Linkin Park manner.

The album continues to climb through the powerful lyrics and vocals, of Shinoda and Bennington with a solid display from drummer Rob Bourdon in ‘All For Nothing’, a musically dominant track that reminds us just why we fell in love with Linkin Park’s sound nearly fourteen years ago. The nostalgic sound that drew fans in from albums such as ‘Hybrid Theory’ and ‘Meteora’ has only improved with time.

One thing that not only makes ‘The Hunting Party’ stand out as an album, but also Linkin Park as a band is the well-balanced combination of influences heard throughout the album. From the old school punk sound in ‘War’ and the metal influences in ‘Guilty All The Same’ to the poignant rap verses in ‘Wastelands’, this is one of the most perfectly balanced albums with this many influences that we’ve heard in a long time.

The tone of the album changes and begins to slow down from the fast-paced tracks in the beginning, but even through the slower tracks such as ‘Drawbar (Feat. Tom Morello)’ the integrity of the album stays the same. With a beautiful and haunting piano intro that slowly transforms into Linkin Park’s iconic sound with heavy sampling and electronic tones from Joe Hahn, this instrumental track is perfectly placed amongst the organised chaos of the album to provide a great transition.

‘The Hunting Party’ had us slightly skeptical at first, but in true Linkin Park fashion we were made into believers almost immediately after hearing the first few seconds. The variety of sounds alone in this album is enough to keep you intrigued without overwhelming you. Linkin Park may be one of the only bands that can combine so many different influences and create something so masterfully put together.