Woah, what a blast and a half this is! First and foremost – six years. Six f***ing years! Is it even legal for a band to go that long without releasing a thing? Hmmm. New fans and long-time puritan fans will be glad to know that the wait is well worth it. This listener is grateful that American Head Charge were a recent discovery, because that wait would have been a killer. An actual killer. A mind losing experience that wouldn’t have ended well for anyone. Copious amounts of empathy are present here. 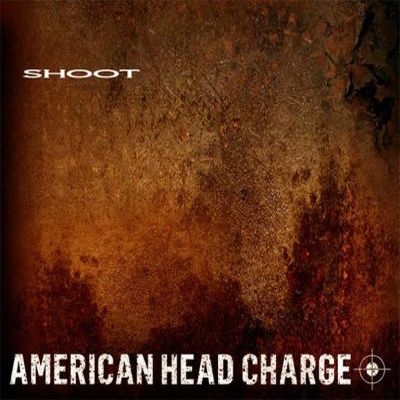 But hey, now it’s here. Too short you say? Easily solved. Listen to it again. It doesn’t get old.

‘Shoot’ tells you what to feel and when to feel it. NOW, you’re down in the dumps, staring at a wall, raging liberally…oh wait, NOW you’re up and moving. The opening track ‘Writhe’ is slow and methodical with a hell of a groove to it, with a chorus bubbling under the surface until breaking point. Then…not only does the rage smash through like a wrecking ball, but there’s also a surge of tamer emotion overshadowing it, made prominent by the changes in chords, and with those emotions coupled together, they’re meaningful as hell. Then along comes ‘Set Yourself on Fire’, breaking out dark, disturbing and gritty, with pounding bass, haunting vocal harmony, and lyrics that rip into you like jagged rocks.

Ah, ‘Sugars Of Someday’ is worth a thousand words! Then again, it doesn’t need them. It’s an upbeat song, it’s addictive, and it’s gonna be favourable at the gigs. ’nuff said.

‘Sand’ is a deceptive track, biding its time, coiling around you and squeezing every last bit of life from you. The vocals are soft and friendly but suspicious, and the ending…sh*t, the ending is like getting hit by a ten tonne truck. The album takes you on an abrupt change with the Patti Smith cover of ‘Rock ‘n’ Roll N*gger’, a track that likens itself to an unpredictable opponent, dancing around you and taking pot shots, and it just feels good to hear! You’ll find yourself on your feet, you won’t know how it happened, you won’t know what you’re doing, but you’ll do it diligently with a kick and a fist in the air. This is a great upbeat end to a heroic return.

‘Shoot’ should see American Head Charge back to the forefront of modern metal, and hey, if we’re lucky, we’ll hear more from them soon. Or sooner than last time, at the very least. Goddamn, it better be soon, our mental stability depends on it!