This new release by Wes Borland’s dark rock project isn’t to be considered the fourth album, it’s an in-between project, a BLB 2.5 if you will, and with that in mind we press on. When Black Light Burns was in its infancy, Borland had an idea to make music for films and soundtracks, and after five years this is as close to the end result as it gets. 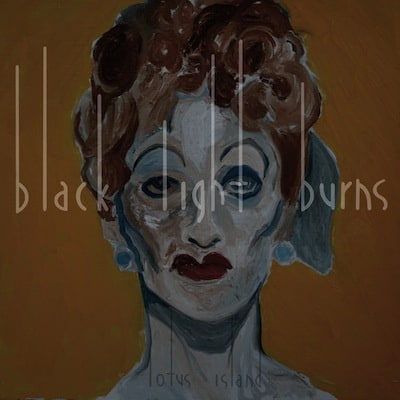 In an interview with us, he had this to say: “I didn’t want to make an EP, I thought that was boring. Instead I wanted to do something different, and the idea came when I watched the film ‘Holy mountain’. I wanted to pay homage to it by writing a framework of what the film meant to me in music form. I don’t know if the director has even heard it!”

This record is a real mixture of short segues and four new songs. It works on many different levels with so many styles coming from every track. It starts with ‘The Alchemist’ and ‘The Thief’, both of which change in style and sound as the album progresses. With industrial overtones and deep underlaying emotions filling the speakers.

The other songs are just as eclectic. ‘Good To Be Gold’ is a mask of mellow hiding a face of insanity, where as ‘The Hate Of My Life’ has an almost blues-esque motif. The already known ‘It rapes All In Its Path’ has been updated for this release and is a typical tune that could be found on any of the band’s previous works, which is a welcome feeling in a sea of eerie sounds. The penultimate track ‘My Love Is Coming For You’ sounds more like a threat than a promise, with a shrill-string section behind a fat (no ph) bass line.

To summarise, this “album” is as just as important a piece of the band’s repertoire as ‘Cruel Melody’. It is a side-step and a developed piece that only a fool (of a BLB fan) would miss.