Listening to this album made this writer hate himself. Chiefly because he couldn’t help but compare it to contemporary alternative metal albums such as Drowning Pool’s ‘Full Circle’ and SOiL’s ‘Redefine’, which he did not want to do. An album, of course, has to stand on its own merits, and looking past the initial inclination to believe that this band could be lumbered in with the aforementioned discs, there are definitely tinges of Taproot’s melody, Shinedown’s aggression, and of course, Breed 77’s own stamp, which places it on its own throne in the alternative metal realm. 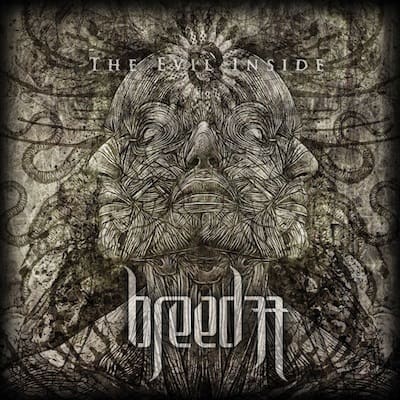 But hell, it’s metal after all! Genres and subgenres are convenient, but at some point the self-loath-inducing analytical nature has to be thrown away, and the album looked at without thoughts of other bands. And in that regard, it’s pretty damn good and a lot of fun. What really sells it for us is the vocalist’s distinctive sound. Just listen as it contrasts between aggressive and gentle melody in the opening song (bit of an oxymoron, but it’s pulled off). This song just happens to be the highlight of the album for me – those solos two thirds through are simply wonderful! And combined with the variety that the rhythm guitars perform, the same contrast is created. From there we see a very different type of song with ‘Broken Pieces’, a slow, gritty, harmonious track that promises us the joy of storming through the album in one sitting.

At the mid-point, the heaviness somewhat fades, which we were a bit disillusioned by at first, but this break clears the path for some equally effective albeit calmer experiences, with tracks like ‘Looking For Myself’ and ‘Bring On The Rain’, but then it’s back to the grittiness with ‘Low’ – another favourite of mine – a track with guttural riffs that slam into you like a wrecking ball. The melodic verses are satisfying as hell next to these! The ending delivers more variety, with tracks that don’t stop for a breath of air. Seriously, there’s always something going on.

All-in-all, this is a highly enjoyable and sociable one. For us at least, it’s an LP that washes over the mind the first time, so when you go for a second listen, each track is recognised and enjoyed twice as thoroughly – it does a good job of capturing the singalong vibe too.

Breed 77the evil inside