CD Review: City And Colour – ‘The Hurry And The Harm’

Home » CD Review: City And Colour – ‘The Hurry And The Harm’

You hear a soft strum…and then the mad hunt for the acoustic guitar begins.  Former Alexisonfire guitarist and vocalist Dallas Green’s new City And Colour album ‘The Hurry And The Harm’ inspires such a hunt. 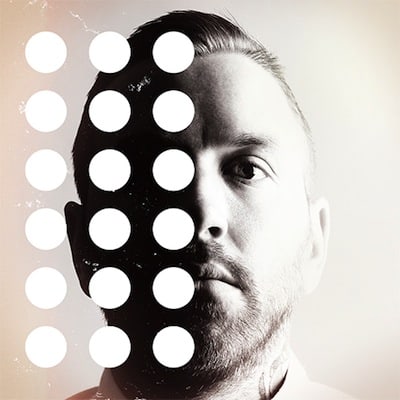 Lyrically speaking it’s devoid of originality in parts. The love concepts alone are enough to instigate a headache via eye rolling. Many people will be ecstatic by these ideas, and if you happen to be the sort of person who is, that element will be a thrill. On a musical note, this album brings a sea of joy. The melodies soar and the soothing strum of acoustics taking route with Green’s constantly changing vocals, which glide from one end of the spectrum to another.

It begins with its title track that fades in from a subtle, almost menacing distortion into a steady beat, and over the course of its four and a half minutes it introduces many different paradigms, including the faint sound of light distortion during choruses. ‘Harder Than Stone’ brings a calm energy, growing into the shape it means to naturally and effortlessly. It’s concise and catchy, and requests to be played again afterward, that long fade at the end leaving you silent and elated, still engrossed in the track, right before ‘Of Space And Time’ begins, a track that, unfortunately, isn’t as powerful as its predecessors. It’s repetitive and slow. A welcome break if you’re listening to the entire album through, but on its own doesn’t have a great deal to offer.

Sifting into ‘The Lonely Life’, meanwhile, energy is brought to the forefront, and despite the fact that it’s a proper love song, it’s damn good. It has different beats complimenting the verses and the choruses, the melody is encapsulating, the pacing fantastic.

The next few tracks have the same merits. ‘Paradise’ is a thought-provoking song carried purely by guitar and keyboard. The lack of drums compliments the atmosphere greatly. ‘Commenters’ has a moving and inspiring concept and keeps a steady beat, and ‘Thirst’ is the most upbeat track on here; it brings electronics and distortion back to the table – oh joy!

After that, we’re confronted with a sombre end to a moving album. ‘Two Coins’ doesn’t do much for this listener, it’s a rather long drawn out, although there is a solo towards the end that’s worth sticking around for! ‘Take Care’ brings back the melody that’s laced throughout the rest of the album, while ‘Ladies And Gentlemen’ retains it and brings some experiments on board. Different instruments make a noticeable change, while Green’s vocals carry the same great talent. And if you haven’t had enough of the slower stuff, the final two eloquent tracks are sure to satisfy.

In short, it’s wonderful to know that there are artists still strumming the acoustics. ‘The Hurry And The Harm’ is a wonderful example of the moving qualities it produces. This album encompasses a range that thousands will love and enjoy.