Australia has been responsible for some serious musical talent, rock and otherwise. One need only reflect on the Great Southern Land’s aural history to discover a wealth of song writing brilliance: from the everyman’s bard Paul Kelly, through the tortured literary inflections of the Go-Betweens, to the downright oddball Luke Steele [Sleepy Jackson/Empire of the Sun]. 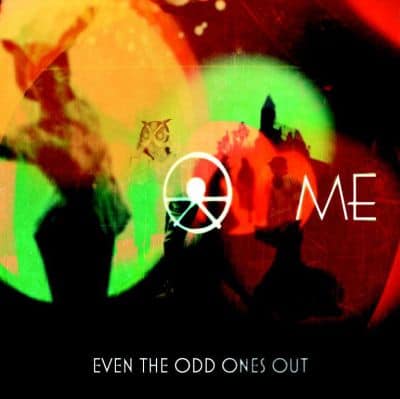 Four years strong and Melbourne-based ME are playing out their own twisted dreams down-under, earning a slot at the Big Day Out and a gig roster into triple figures in 2012. Having played alongside the big names both here and at home, a palpable excitement surrounds the band’s début album. There is a sense of grandeur and near theatricality to this record. Production duties are handled by Barny Barnicott, knob-twindler to everyone from Arctic Monkeys to the Editors and Kasabian; pair this with the bands penchant for melodic quirks and Roy Thomas Baker grandiosities, and the overall effect is suave and direct without ever being “in your face”.

Luke Ferris is an undoubted talent, with his vocal range swooping and wailing with the panache of a less hare-brained Matt Bellamy. Opener ‘Hoo Ha’ is a strong a statement of intent as anything this side of the first Black Sabbath album – blending almost-ostentatious vocal harmonies with a highly singable chorus and cabaret horn punctuations, this is Brian Wilson gone mad, and it is wonderful. For us, Damian Tapley is the star, his guitar playing rich and suitably unconventional; he is clearly a capable and versatile musician, never sounding misplaced in an “art for art’s sake” kind of way. If a strummed acoustic is required – as on ‘Trails In The Sky’ – that is what he plays, the ululating slides notwithstanding.

As you might expect from the preceding comments, ME never paint with the same palette twice – colours are mixed and smeared, brushes thrown and hands flicked making for a seriously eclectic yet nonetheless coherent listen. ‘Like A Fox’ may recall a West-Coast acid trip, but the following ‘Westward Backwards’ – replete with barrelhouse piano and stop-time guitar – jigs along like an after-party with the cast of ‘Alice In Wonderland’. Elsewhere, operating a kind of experimentalism that would give Peter Gabriel a coronary, Choral pushes Spector’s wall of sound to lofty new heights with its multi-part vocal harmonies: set against searing percussive flourishes and minor-key orchestration, the piece reaches a near-Progressive state before unravelling to reveal its five note coda.

On ‘Even The Odd Ones Out’, ME have done the near-impossible and made a record that transcends genre and decade, and sounds very fresh indeed. The orchestration actually works – all too often, things become bloated and smothering as instruments do battle for the limelight, but here they simply augment and deepen the material at hand. The future of Australian music may well be in safe hands.