CD Review: Systemyk – ‘Reward For Obedience’ (Chapters One and Two)

So, err…this is…wow. One thing that can be said for Systemyk is that they’ve improved a great deal from ‘…Chapter One’ to two of ‘Reward For Obedience’, but in all honesty that’s not saying a great deal. 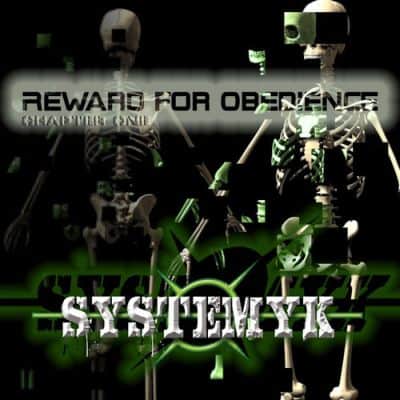 ‘…Chapter One’ is almost unbearable in parts, from the malicious lyrics of ‘Top Hat And Temptation’ (what the hell does that title even mean?), to the cringeworthy sound of the vocalist yelling ‘F-A-I-L’ at the top of his lungs in ‘Condemned To Succeed’. Really, it’s the lyrics and the vocals that butcher these potentially half-decent songs. There are too many examples, for instance what the flip does “Failure is not a choice” mean as a lyric? Choice? Let’s look into it for a second, what sane person would ever choose to fail? Who can relate to that?

‘Abandoned Blue’ just brings you back to the tired old bleak story line of the first track with nothing but vengefulness that makes you want to punch things…punch the songs even. If songs could be punched. We can’t really punch the band can we? They might be nice people. Anyway, back on point where we have ‘Masquerade’, the worst track by far – toothless electronics and a message projected in the least subtle way possible. There are moments of catchiness, such as the chorus of the first track where the vocals almost connect with the music, and despite yourself you might even sing along, provided of course you have the stomach to listen to it more than once. There are musical elements that are fairly enjoyable, but this could be greatly improved with the application of subtle lyrics and less grating vocals. 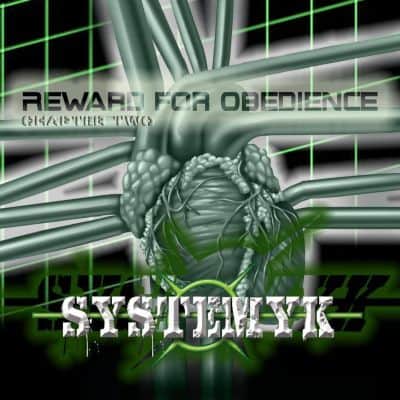 Then comes ‘…Chapter Two’. Musically speaking, the opening song is somewhat of a hook, each instrument building up almost excitingly…but then the echoing and disjointed vocals ruin it for everyone. The chorus isn’t too bad, there’s a degree of melody that carries you through the chaos, and the same can be said for ‘Sleep Repeat’, a slightly addictive and enjoyable song overall, if you can overlook the verses. If the band focused on providing the verses with substance rather than nothing but frivolous yelling they’d most definitely be onto something. What’s more, the distortion gives it some punch, not to the point where you headbang along with it, but somewhat. During the transition from track one to two you will probably be praying that the dreadful echo of the vocals won’t make an appearance…sadly that will be to no avail.

At this point you will realise something. The songs, to put it bluntly, don’t get going. There’s a frustrating start stop feel to them which ultimately leaves the listener unsatisfied.

‘Self Reflection’ is a tamer track, with more melody. A mid-point tune and style that we’ve all heard many times, although Systemyk have put their own stamp on it. Again, those verses may as well not be there. They don’t feel how they should, they are like empty voids where effectiveness should be. A shame, really.

And the final track…urgh. It starts off slowly, with a distortion in both the guitar and electronics that suck you in (sort of) but then it changes radically to complete electronics and bottom of the barrel vocals. This, combined, induces head shaking, the screwing shut of eyes, and face-palming. This would have worked much better with one of the sounds acting as the focus of the song, with other musical aspects to compliment it, rather than the constant and surprising changes throughout.

Despite the negativity, this listener is interested in how ‘…Chapter Three’ will pan out. The vast improvement from one chapter to the next is promising, little as that might mean, and there’s no doubt about it, the band is unique. Check them out. There might be something here for you.