What Now represent a genre where originality is a rarity. Boredom often reigns; flash in the pan artists come and go, offering one moderate flavour of the month hit if they’re lucky. Catchy choruses and radio friendly tunes are one thing — the ability to fuse that with staying power is the quality exhibited by a gifted few. Hitting the scene with their synth-laden alt-rock, What Now clearly show a competence in the art of the crowd-pleasing chorus; unclear however is whether they possess the creative spark needed for long-term success. 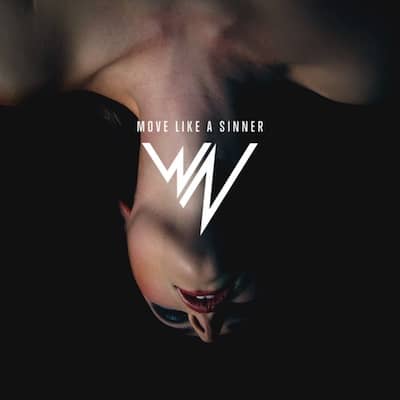 Hopes are high to start with: upbeat and infectious, album opener ‘Moneymaker’ is destined to be a crowd-pleaser and it’s the ideal tune to begin an album of this ilk. Both ‘If Looks Could Kill’ and titular track ‘Move Like a Sinner’ will appeal to synth-pop fans, the influence of which creeping through to add variety (if slight) to the tried-and-tested riffs on offer. The frontman’s presence really helps this band stay a cut above the reams of underwhelming pop rock acts out there; a distinct presence, his voice fits the band perfectly and if replicated live is set to keep fans singing every word along with him.

Although slower sections like ‘Wasting Away’ are placed at expected intervals it does feel as if they detract from what the band do best: crowd-rousing anthems. Although a minor feeling, perhaps trimming a song or two off the finished product may have made the record feel more concise, adding to the impact of standout tracks such as “High Class” and the aforementioned ‘Moneymaker’.

As the album progresses it becomes clear that What Now aren’t particularly breaking new ground with what they’re doing, not necessarily a bad thing of course: the sound they achieve is effective in and of itself. ‘Move Like A Sinner’ is a solid debut effort with no discernible weaknesses per se; a well-oiled alt-rock machine, What Now have hit the ground at a reasonable pace with an album which, thanks to some gifted musicians and crisp production, generally manages to escape generic territory.