While he has had a lot of success as a leading man in the past, from ‘Men In Black’ through to ‘The Pursuit of Happyness’ and ‘I Am Legend’, Will Smith has not had as much success in recent years. Flops like M. Night Shyamalan’s ‘After Earth’, a film that is better known for Smith’s very strange monotone acting than it is for anything resembling a plot, have dampened his previous ability to attract audiences somewhat, and he’s been in need of a reboot film for a while. 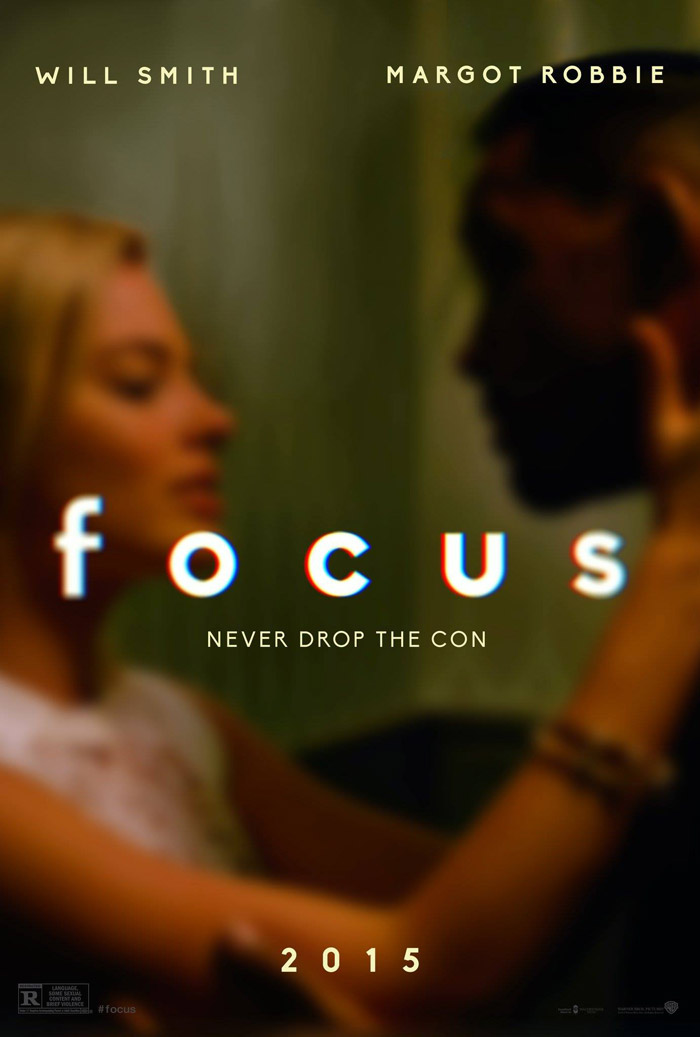 ‘Focus’ practically pitches itself as that film. Styling itself as an old fashioned caper featuring a slick main character and a beautiful femme fatale as played by rising star Margot Robbie, it aims at providing thrills and sharp dialogue as well as a fast paced, intricate but never too taxing plot, and does manage some of that. Smith brings his usual level of charm to the table, his delivery nonchalant regardless of whether his character is in trouble or not, and has good chemistry with Robbie, whose star value is increasing with every film she does, and is sure to go up with her casting as Harley Quinn in ‘Suicide Squad’ at a time when there is barely anything more lucrative than a superhero movie with a strong following.

It’s the chemistry that gets the film through it’s more stupid moments, and it frankly takes a few too many liberties with plot to be taken in any way seriously. Luckily it never implores you to think that the film is anything more than surface, directors Glenn Ficarra and John Requa making sure there’s plenty of flashy cars and a lot of shots of both Will Smith and Margot Robbie not wearing very much to keep your eyes satisfied, all of which is very handsomely mounted. Strangely enough though, it’s the performance of Adrian Martinez as Farhad, a friend of Smith’s Nicky Spurgeon, who steals the show with a great physical performance that gets the most laughs and provides a lot of the fun. ‘Focus’ is ultimately all style and absolutely no substance, the cinematic equivalent of bright green candyfloss. A perfectly fine film that’s not special, but will keep you dumbly entertained for a couple of hours before you can happily put it to the back of your mind and get on with other far more important stuff. That’s a damn sight better than Smith’s last bit of work, so it’s a step in the right direction.