Tom Hardy has emerged as a fantastic actor since his breakout role in ‘Bronson’. Since then he has impressed in a wide variety of roles, from ‘Inception’ to Warrior’ to ‘The Dark Knight Rises’ and ‘Locke’. This film presents a new challenge for him though, as he is tasked with playing both Reggie and Ronald Kray, English gangsters and twins who ruled the London underworld in the 1950s and 60s. Hardy isn’t intimidated though and he makes sure to knock the performance out of the park as the two twins are distinct human beings with their own very noticeable flaws, and though he plays Ronald as a sort of caricature of a psychopath, it works because of the charismatic gusto he brings to it. 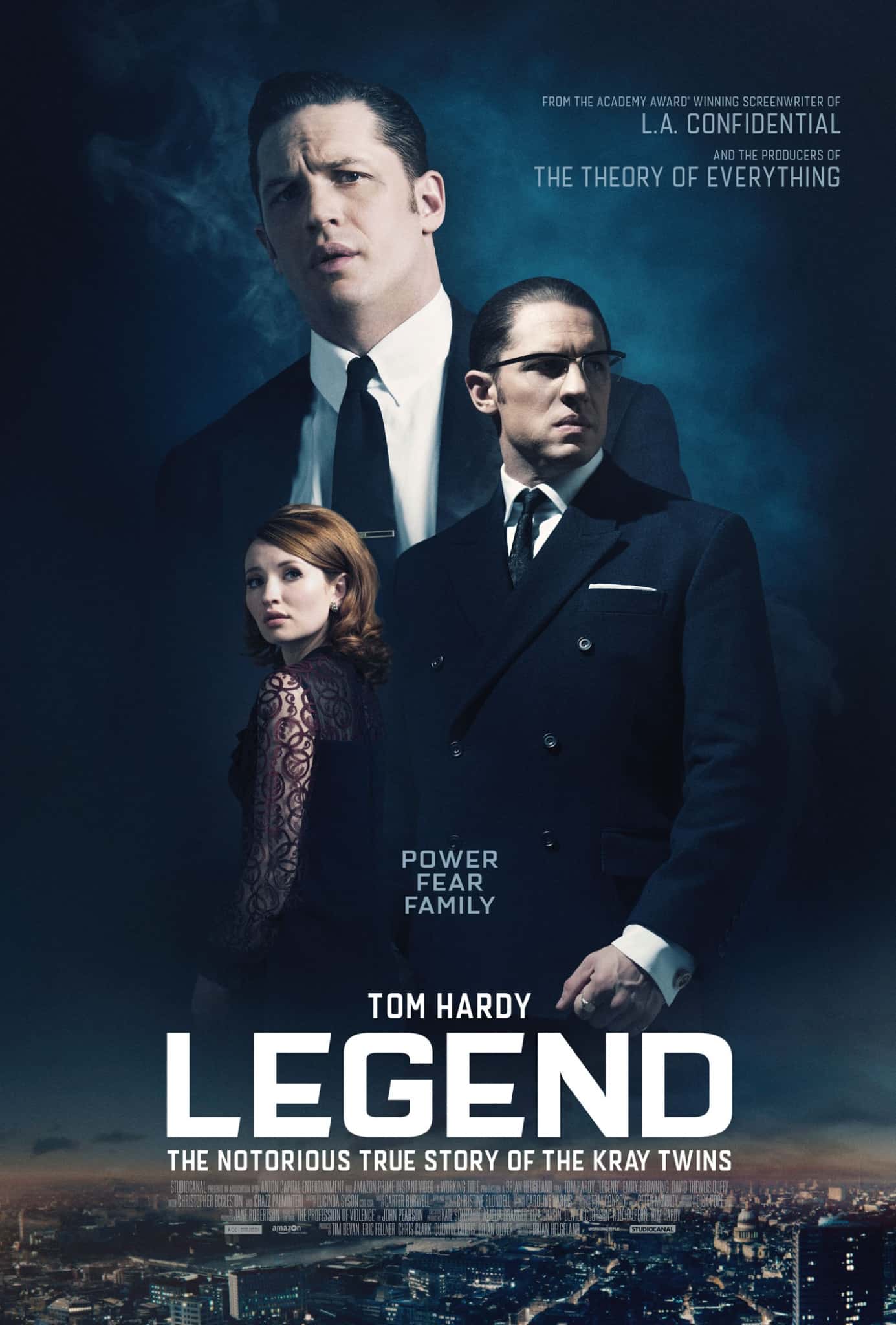 Unfortunately, besides the incredibly entertaining performance from Hardy, the film doesn’t really have much going for it. Brian Helgeland’s film looked to be aiming very high, appearing sleek and clever in the trailers, but it turned out to be nothing more than surface, a chance to get as many cockney mannerisms in as possible to titillate its American audience without ever getting under the skin of any of the characters. Emily Browning is given the most thankless task as Frances, a girl who ends up having a relationship with Reggie Kray, the more stable of the two brothers. Helgeland’s script insists on her doing a voiceover which is so bland and without merit that it takes you out of the action every time it returns for you to guffaw at the ridiculous things she has to say.

Rather than being anything particularly captivating, ‘Legend’ is a film about gangstahs being gangstahs. They say gangstah words and make the odd joke, but it all just feels ordinary. The supporting cast features a lot of great talent, with the likes of Christopher Eccleston and David Thewlis giving their all, but it’s the appearance of Paul Anderson that tells you the most. Anderson is well known for playing Arthur Shelby in ‘Peaky Blinders’, a TV show that covers a gangster family in Birmingham, and does it with a lot more depth and innovation than this. Every time you see him on screen you hope for an episode of ‘Peaky Blinders’ just to rear its head but sadly it doesn’t.

All that said, ‘Legend’ isn’t terrible. It’s fun to watch Hardy act against himself and when the supporting cast are given some time, they’re fun to watch too. The problem is just that it leaves nothing to think about, allowing it to leave your head the minute it’s over. Sure, a few of the scenes featuring Hardy vs Hardy are pretty memorable, but they can be removed entirely from the film and still be as impressive. While ‘Legend’ is still a passably entertaining time, it’s disappointing that the man who penned as brilliant a script as ‘LA Confidential’ had nothing but clichés in him this time. See it for Hardy if you like, but if it’s a satisfying  crime thriller you want, you’re probably better off somewhere else.