The thing that makes this telling of the fight for women’s suffrage in the early 20th century a worthwhile and gripping portrayal of events is not necessarily its ability to stay close to history. Indeed, Sarah Gavron’s version of the tale has been criticised for not accurately portraying the role of less militant proponents of the suffrage movement but ultimately what ‘Suffragette’ does is tell a story of bravery against insurmountable odds in a cinematic and powerful way. 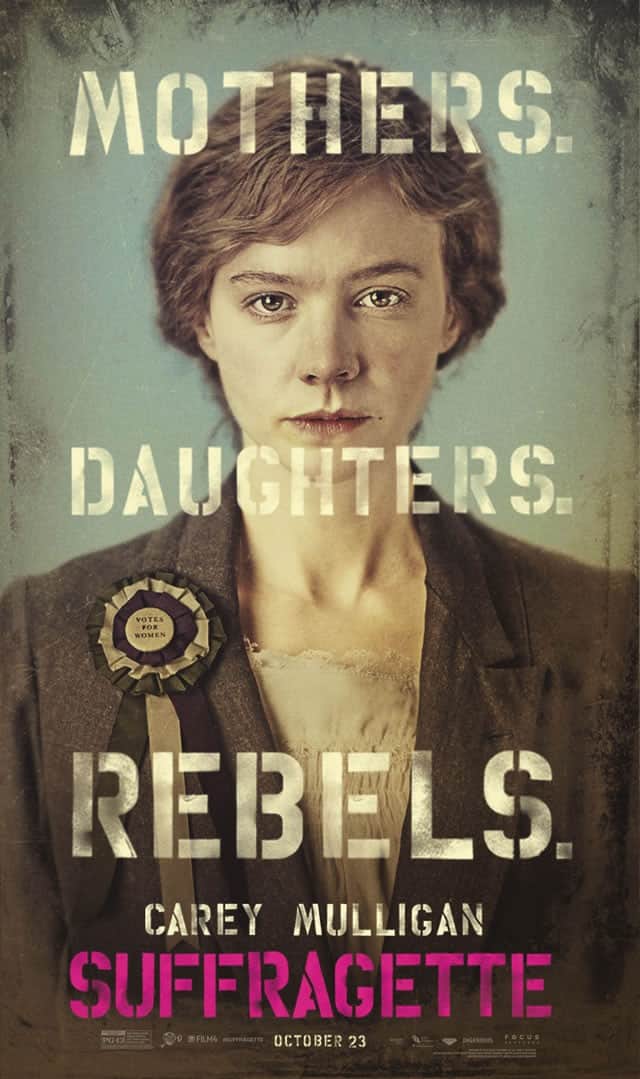 The film is invaluably bolstered by a stellar cast, the likes of Carey Mulligan, Anne-Marie Duff and Helena Bonham Carter all putting in excellent performances that bring their characters to life vividly, allowing screenwriter Abi Morgan’s tale to be brought to life with the verve and passion required. Meryl Streep’s small performance as the iconic Emmeline Pankhurst is also typically powerful, giving the film that edge it needed to succeed.

Ultimately we’re not given a tale here that recounts the lives of those who played major parts in real life down to the bone, but a story that features two fictional characters: Mulligan’s Maud and Anne-Marie Duff’s Violet, whose involvement in the movement is charted throughout the course of the film and forms the framework for all the major dramatic moments. Gavron’s portrayal of the tale through the eyes of these peripheral characters in the grand scheme of the movement allows you more of an insight in to the grassroots work in the movement in a way that doesn’t mean the movie comes across as dry.

‘Suffragette’ is a thoughtful and powerful film that may not tell the full story of the struggle for women’s suffrage in the UK but aims to provide you with an insight in to the extent of the struggle, particularly for those in the working class whose fight was arguably hardest. Gavron’s film-making is conservative and distinctly without flair, but such understated work is perhaps what was required here, allowing the acting and the story to do the work.