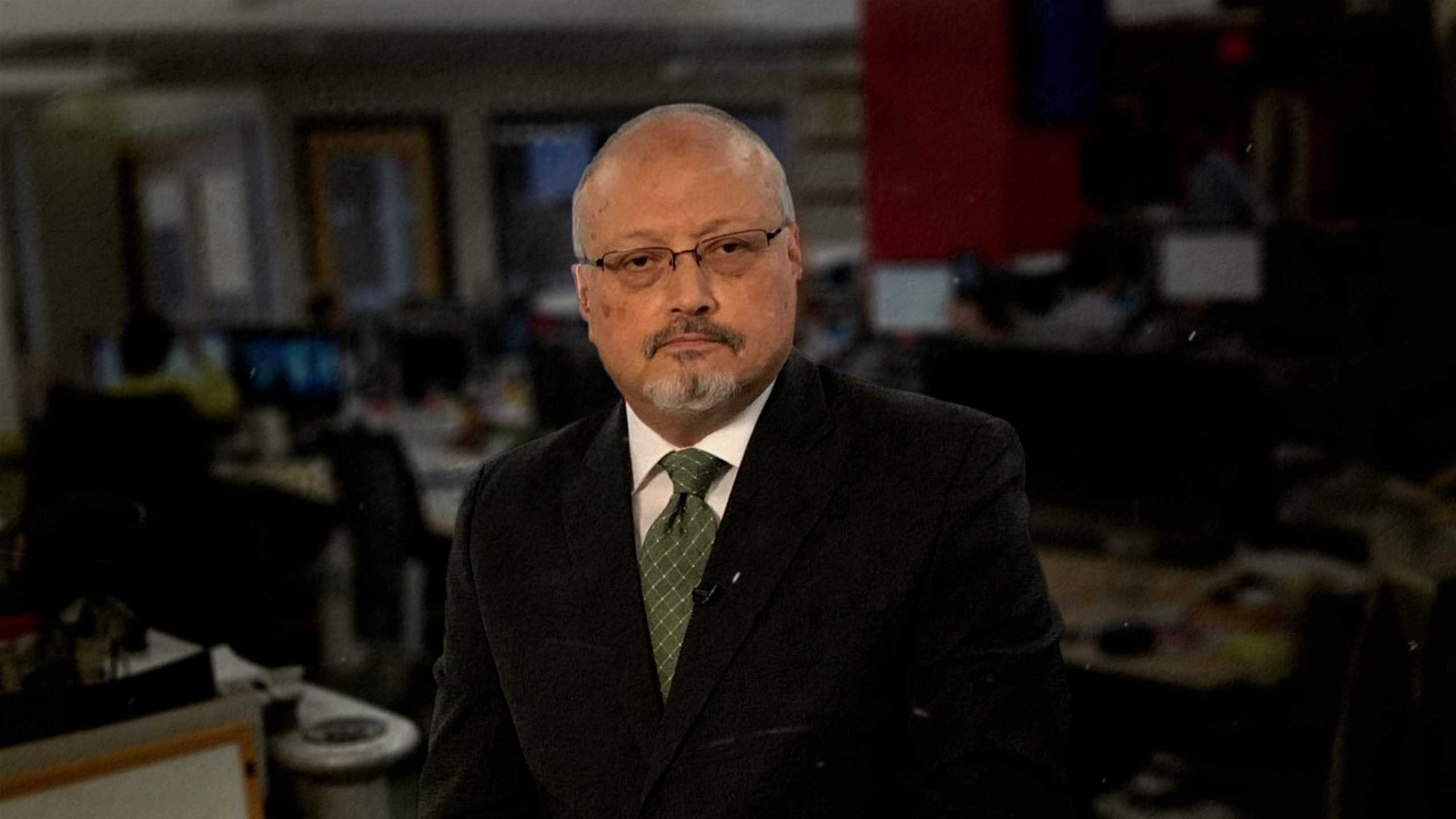 The assassination of Saudi Arabian journalist Jamal Khashoggi inside the Saudi consulate in Istanbul, Turkey on the 2nd of October 2018 remains one of the most frightening and shameful stories to come along on the world’s stage in recent years.  Here was a respected, influential, highly-public journalistic figure, one working in exile for a top American news outlet to cover and advocate for change in his homeland, abducted and brutally murdered on foreign soil by agents (allegedly) in service of the Saudi royal family… and the world’s other major powers mostly did nothing in response.  Even after full investigations by multiple governments who all conclusively determined that Khashoggi’s murder was ordered by top levels of the Saudi royal family, no meaningful lasting response was taken by those organisations with the power to do so.  The President of the United States went on TV and firmly stated that the business connections America had with Saudi Arabia, and specifically Crown Prince Mohammad bin Salman, outweighed any tyrannical human rights violations they may have enacted.

It’s also a story that threatens to overshadow Khashoggi’s work that occurred whilst he was alive, particularly since, whilst he may have been a public figure in the Middle East, not a whole lot of people either outside the Middle East or who don’t properly follow the goings on in that area of the world may know who Khashoggi actually was.  There’s always the risk that, in the push to get justice for his murder and expose the deeply-burrowed tendrils of the Saudi ruling family’s tyrannical reach, Khashoggi becomes reduced to a symbol of what happened to him in death rather than the important work he was doing in life, and the man behind that work.  Leave it to Oscar-winning documentarian Bryan Fogel, previous of Russian Olympics doping doc Icarus, to thread that needle with urgency and compassion.  The Dissident may not contain much new information for anyone who has been following the case after the 24-hour Western news cycle got bored and dropped it within two weeks or so, but never let it be said that there isn’t a real power in simply laying all the facts out concisely and clearly until the truth is undeniable. 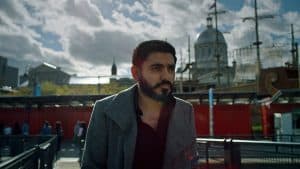 Besides, just like with Icarus, Fogel’s chief weapons are access and a focussed wideness.  That is to say, Fogel understands that, for as abnormal and terrifying a demonstration of power the assassination of Khashoggi may still be, it’s not completely abnormal, merely a logical extension of the kinds of oppressive techniques the Saudi dictatorship has been imposing upon its citizens for decades.  Especially in the wake of the Arab Spring, a period that fully galvanised Khashoggi into taking open stances of critique against those in power and to start pushing for actual democracy in his country.  So, whilst The Dissident meticulously plots out the beats of the case specifically, a lot of it thanks to getting interviews with the lead investigators of both the Turkish and United Nations cases plus every other person with major information on what happened and access to their evidence logs, Fogel just as often pulls back to show how Khashoggi and his work (and also death) intersect with other examples of oppression in his country.  Most notably, a young activist named Omar Abdulaziz and his efforts to fight back against the state-run troll takeover of Saudi Twitter designed to spread propagandist misinformation in a nation where 8 in every 10 people have an account on the platform; when the other shoe finally drops here, it’s chilling and heartbreaking.

But for as much as the tragedy of Khashoggi is depicted as emblematic of the regime’s authoritarian reach, Fogel doesn’t forget that he was also a man with a long and storied life prior to its cruel snuffing just shy of his 60th birthday.  We see his crusades and efforts to push for positive change in the country as well as push back against negative preconceptions held by those outside of it.  We see, particularly through Abdulaziz who provides countless voicemails and text message threads throughout, his connection to the younger more radical generation of activists and his eagerness to engage with them.  We understand his hurt and loneliness after being forced into self-exile from the country he calls home and the family he loved so dearly, via interviews with friends at Al Jazeera & Washington Post and archival footage & tweets where he discusses his hopes to one day return to his country.  And, through following Hatice Cengiz – the Turkish academic Khashoggi meets whilst in exile and is preparing to marry before his murder – we see a more relaxed side of Khashoggi, a casual romantic, as well as the pain his loss has left upon those closest to him. 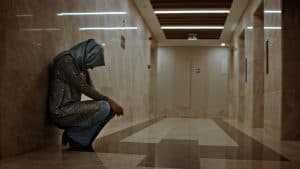 All three of these levels to the case – the personal study of Khashoggi the man, the factual details of his murder specifically, and the wider representations towards treatment of dissidents within Saudi Arabia – are structured to weave in and out of one another.  Fogel’s four editors having each shift in focus play naturally off of a chapter’s end point, there’s a constant forward momentum that builds to some terrifying revelations of just how far the Saudi regime’s influence truly reaches and how seemingly powerless we are to stop it when those in power with the capabilities of doing so capitulate at every turn.  It’s powerful, infuriating, fastidiously researched, if not wholly surprising (for those who have been keeping tabs on the investigation) stuff that courses with urgency.

It also sounds a lot like a political thriller and Fogel has made the decision to present The Dissident as such, something that hinders just as often as it helps.  On the positive side of the coin, there’s the aforementioned rhythm of the editing and narrative which has an enticing flow that’s fully engrossing like the best potboilers.  Cinematographer Jake Swantho, meanwhile, provides a glossy crisp visual palette to proceedings reminiscent of movies like Michael Clayton, sometimes intercut with a dialled-back version of 24-esque Steadicam, that’s quite eye-catching and enlivens even the interview shooting.  On the negative side of the coin, Adam Peters’ score is rather overwrought, and sometimes mixed to the same level as certain interviewees, to a degree that gives off the impression of a lack of trust in the viewer to understand how they should feel about the information given. 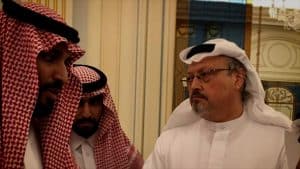 Much more of a stickler, however, comes from how Fogel chooses to visualise the digital side of the ’action’ (as it were).  You remember how a movie like Hackers or an old CSI episode would depict the Internet as a series of code-covered tubes where viruses and bugs would be represented by literal digitised bugs and it all looked absolutely ridiculous?  Yeah, well, The Dissident’s visualisation of troll farms and spyware isn’t too far removed from that, in all honesty.  By far the worst example comes during what should be an alternately troubling and inspiring sequence where Abdulaziz is detailing the Saudi government’s “Flies” programme – they hire an army of professional trolls operating dozens of burner accounts to ratio and discredit online figures critical of the regime into silence with pro-government propaganda – and his plan to beat them at their own game with an activist counterpart, “The Bees.”  For some unknowable reason, Fogel has this sequence be visually represented by having digitised bees fight digitised flies on the floating platform of a tweet, and it makes this very important part of the movie at best quite silly and at worst downright laughable.

So, in terms of presentation, it’s kind of a mixed bag that sometimes hits John Frankenheimer highs and just as often hits CBS Reality lows.  But as a piece of journalism, The Dissident is fantastic and vital viewing that – via its clean focussed narrative, importunateness, and diligent research into the truth – manages to act as a fitting tribute to Jamal Khashoggi by embodying the very values he spent his life, and eventual death, fighting in service of.  Holding tyranny to account by exposing its all-encompassing and insidious reach to the world, even when the world shies away from doing anything to stop it.