These days overseas festivals seem to be taking the heat and pulling in better lineups than those on our own shores. Ansan Valley Rock Festival (formerly Jisan Valley Rock Festival) in South Korea did exactly that. Who can fault a showcase featuring The Cure, Steve Vai, My Bloody Valentine, Coheed And Cambria, Yellowcard, Vampire Weekend, Foals, The XX, Nine Inch Nails among many others? This was definitely one worth travelling for! The vibe of a Korean festival is somewhat different to one in the UK, generally it’s a lot calmer. Being able to stand at the front of a stage without being kicked or punched (because mosh pits just don’t occur here) is a luxurious novelty. The added bonus of the lack of noise restrictions means that you can feel that bass drum in your chest but you might not have your hearing by the end of the night. Add to that that beer costs half the price of one in a UK pub and you can well understand the desire to travel here for a festival. 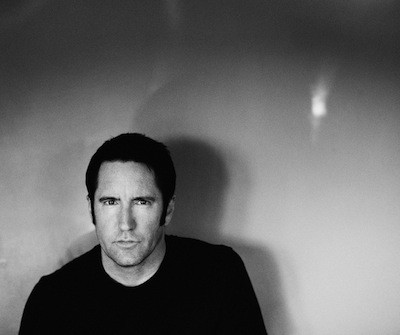 It opened on Friday July, 26 with a more indie-centric focus, a whole host of Korean bands complimented by some global acts – Vampire Weekend, Polyphonic Spree, DIIV, Cat Power, The XX and headliners The Cult. A thought that The XX wouldn’t stand up in a live show were swiftly quelled as their sexually charged stage show set the pace for other acts at Ansan. The Cure, for Korea, offered the sounds of the summer. It’s rare that a band of such high acclaim plays to a Korean audience – Robert Smith’s romantic lyricisms, mournful lyrics and sighs of ecstasy lit up the headline spot almost as much as his glittery jacket. A three hour set consisting of 36 songs felt a little lengthy considering the lack of crowd interaction but it burst at the seams with back catalogue and crowd pleasers alike.

The Saturday saw a mixed offering, something from the old school with Stereophonics taking you on a ride straight back to the 90s – they were well received by the Korean audience but ultimately it seemed that the act of the day was Skrillex. Setting all arguments aside that Skrillex should not be playing a “rock music” festival to rest, his eclectic mix of dubstep, drum and bass, trance, dance and whatever other genre he could squeeze into the mix saw the Korean crowd bouncing with exuberance – what can we say? Well, the light show was good.

The closing day, was the one that piqued our interest the most – a day complete with firm festival favourites. Yellowcard popped open the can early on, summery songs on an overcast, yet incredibly hot day. A short, but energetic set ending on the ever-popular ‘Ocean Avenue’ – ten years since its release and it is still a firm crowd upper. Steve Vai’s guitar wizardry showcases him as ever the artisan, while FUN. crafted something utterly brilliant. The festival closed with Trent Reznor and his latest band of superstars, a fair believer in a fresh start, Trent took to the stage with an almost entirely new lineup. The second date of their reform tour, a set of 22 tracks to get the crowd energized; firm pleasers like ‘Head Like a Hole’, ‘Closer’ and ‘Hurt’ were complimented by a scattering of tracks from the new album ‘Hesitation Marks’ (September 3). The live debut of ‘Disappointed’ left us anything but that – a haunting synth piece filled with eerie string solos. Backed with an amazing stage show and Lynchian videography, Trent proves he’s still got “it”. Ansan Valley Rock Festival – see you next year!