Regrettably, I wasn’t old enough when the acid house craze first exploded onto the scene; claiming every nightclub and unoccupied warehouse around the country. I do sometimes thank my lucky stars that I wasn’t absorbed by the smiley face parade, as the clothes were dreadful and baggy, I have no rhythm to be dancer, and don’t deal with headaches well. 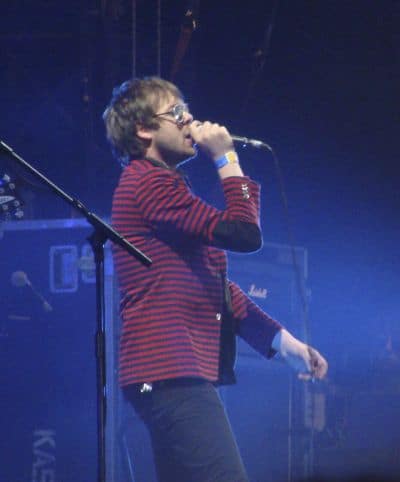 However, I am privileged enough to have been delivered by the stork at just the right time to be able to fully embrace – and to feel elated by – one of those bands who’ll go down in British history.

Kasabian stands head and shoulders above other bands because they forever push barriers, never rest on their laurels and experiment with….well, everything. These lads would have been right at home in the 90s, so luckily for me I was able to experience a small taste of that fabled acid-house mentality. Bar Gary Lineker, these are Leicester’s most famous sons. I’ve had the pleasure of witnessing them many times over the years, and I hold every album somewhat responsible for some of my hangovers along the way. They’ve never failed to disappoint.

So when I head to watch them at Leeds First Direct Arena, I know what to expect; having just seen them recently at Worthy Farm in the summer. Having said that, with a lid on top of the venue, there is no chance that any bass lines that might rattle your rib cage can escape with the wind.

Waiting in anticipation for band’s arrival on the stage, I witness all the useful bravado of lager getting thrown around and lairy behaviour normally suited to a local derby. When the countdown finally hits 00.00 on the backdrop – it steps up a notch, and the place completely erupts. Serge emerges from one side of the stage strumming the opening chords to ‘Bumble Bee’ with a fox-tail attached to his infamous skeleton trousers, in complete darkness apart from one single spotlight.

A voice then bellows around the arena, to which Tom bounces on to the stage like a kid who has eaten too many skittles. The whole stage comes alight, more booze is flung…we’ve started. The set-list is full to the brim with tunes off all five albums, that have become the soundtrack to so many people’s lives over the last ten years. Fatboy Slim’s ‘Praise You’ also made an appearance as it did at Glastonbury. They also do a few bars of Cameo’s ‘Word Up’ to the delight of Leeds. Who may I add, take every given opportunity to remind these Leicester natives which county they are playing in tonight, bellowing, “Yorkshire Yorkshire”!

The band show no signs of slowing down whatsoever. They are the benchmark for so many other aspiring musicians, who watch with mouths agape. For anyone who said guitar music was dead, and that you couldn’t add electronics to the mix; I’m sure the some 16,000 people here will disagree and fight you on it. My only disappointment, and it is something very trivial: I don’t think any man should be able to wear a fox’s tail pinned to the back of his trousers and still look effortlessly cool. Somehow it works.