There’s nothing to complain about when it comes to humble festivals. They are spectacles that are there for a decent amount of very dedicated people, but put on a hell of a show, and introduce some under appreciated artists, and in some cases, famous ones too. 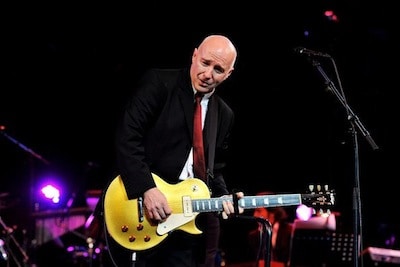 That’s exactly what to expect from in an event like DV8, and hey, who doesn’t appreciate an indoor venue? No mud, no blood (this time..) but as much access to the bar as you need. That’s the vibe we got when we walked in. Chill out, take off your coat, grab a drink, and enjoy the tunes. And there were some very talented and enjoyable acts this year around.

One thing that’s admirable about Chris Sherrington’s event is the range. We saw two-piece bands, four-piece bands and solo artists, electronic music, distorted music and acoustic music. The variety was great indeed, and as cheesy as it sounds, there truly was something for everyone. Thursday was a nice warm up, but Friday really tore us apart. Two venues, great bands playing simultaneously – which flipping one do you go and see?! Stay at The Duchess and enjoy the soothing sound of Chris Catalyst’s vocals, or head down to Fibbers and listen to some electronic Battle Lines goodness? Do you catch the entirety of Mark Morris, or bop along to VuVuVultures throughout their set? Hmmm, not an easy choice, but chances are you had a good time either way.

Then Saturday and Sunday came along and gave us the highlights. Luxury Stranger tore the stage to shreds on Saturday, followed by an immense acoustic performance by former Thin Lizzy guitarist and Ultravox vocalist Midge Ure, who stepped up with nothing but a guitar and showed the crowd the ending to the night they were craving. What’s more, the venue was serving ale. Bottled ale is great, so is cask ale, but ale and Midge Ure is off the freakin’ charts. Wonderful.

Sunday gave us many bands that are largely unheard of (so far), and damn, they were impressive. Dolomite Minor grabbed everybody’s attention with their chugging riffs and drumbeats, pretty impressive sound they’ve honed in on, and it was especially surprising to look over to where the monster sound was coming from only to see that it was being produced by two guys. Next, the metalhead nectar of Black Moth exploded to be enjoyed by all. This band are brilliant, give it a few years and they’ll have an even bigger global fanbase behind them, we guarantee it. And this band perform like nobody’s business. We’re looking forward to seeing them again soon!

Then Wet Nuns appeared. Great band. Great songs. Mediocre performance. This music aficionado was quite disillusioned by the band’s lack of crowd engagement, at one point it was as if they had mistaken performance for band practice, as they allowed the ear-raping feedback to drone on and on while they conversed. We’d definitely recommend this band, they’ve got some fantastic tracks that will surely be addictive for many, but performance-wise…at DV8 this year…meh.

Much to our sadness, Hawk Eyes couldn’t be with us that night. Really, that’s a damn, damn shame. But the most incredible and emotional performance of the entire weekend was Wilko Johnson. As we stood there and soaked in his effortless and mind-blowing performance, there was a mild melancholic feeling, knowing that we aren’t gonna be seeing him around for much longer. We can only offer our greatest respect for the entertainment he has given us over the years, and we’re certain the hundreds that turned up to see him that night will too. If this man comes to your neck of the woods, go see him. He’s the blues master. We tip our hats to you, Wilko, and all of the other bands that played for us.