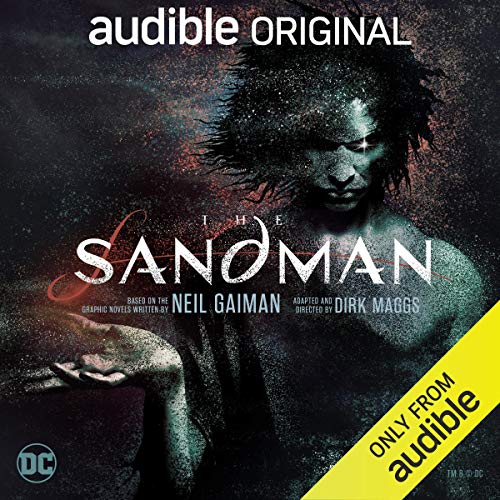 Audible’s ‘Sandman’ is out now

The Neil Gaiman epic is masterfully adapted to perfection by Dirk Maggs, new for 2020. The brand new audio drama is available to purchase here. A free trial to Audible, granting you one free credit which you can spend on Sandman, is available here. 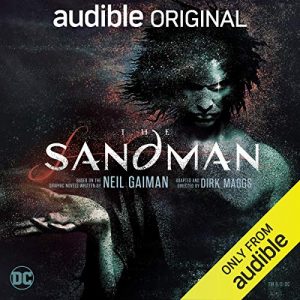 Neil Gaiman’s ‘The Sandman’ comic series, published by DC Comics, is generally considered to be one of the greatest forms of graphic literature to date. It is one of the few to sit on the New York Times Best Seller list, with other masterpieces such as Maus and Watchmen. It sits snugly at 46 on Entertainment Weekly’s ‘100 best reads from 1983-2008. Sandman is a critical and commercial success, noted for its obvious influence on comic books, literature, fantasy and popular culture since the first issue was published in 1989.

Adaptations, however, have thus far been unsuccessful. The spin off character, Lucifer, did land his own television series in 2015, which still has a massive cult following and is due its fifth season on Netflix this August. The related franchise, Hellblazer, has been adapted into a movie starring Keanu Reeves, 2005’s Constantine, as well as a 2014 television series of the same name starring Matt Ryan, which went on to integrate with the ‘Arrowverse’. Sandman, though, has been in ‘development hell’ for a number of years, with names such as Roger Avary, James Mangold, David S. Goyer and Joseph Gordon-Levitt attached to cinematic adaptations that have sadly not come to fruition.

2020 may be the literal worst year in living memory for most, but for Sandman fans this year could be the start of something very good indeed. A Netflix series based on the hot property was announced last year and is due soon, but not before the newly released Audiobook drama, exclusive to Audible, that was released today.

The Sandman is a fantasy story merging myth and legend with DC Comics lore and real world fact and fiction. The main character, Dream (McAvoy) is pulled from his realm and imprisoned on Earth by a cult. The audiobook covers the first three volumes of the comic series and will reportedly be different to the upcoming Netflix series.

The Audible book is an ambitious project, directed by British legend Dirk Maggs, and starring James McAvoy, Kat Dennings, Taron Egerton, Michael Sheen, Riz Ahmed, Andy Serkis, Samantha Morton, Bebe Neuwirth and finally Neil Gaiman himself. Most of those names should be familiar to you, but you’d be forgiven for not being aware of the cultural influence and impressive body of work Dirk Maggs has contributed to the radio and audiobook industry. Maggs is no stranger to adaptations of comic book storylines to audio, dramatising Batman: The Lazarus Syndrome, Batman: Knightfall, The Adventures of Superman, Superman: Doomsday and Beyond, The Amazing Spider-Man and Judge Dredd. He is probably best known for producing new episodes of The Hitchhiker’s Guide to the Galaxy in the 2000s. Besides his work with the BBC, he has worked with Audible on the Alien franchise, but it would be unfair to try to list Maggs’ bibliography. Simply put, Dirk Maggs has revolutionised how many consume media and positively morphed audiobooks into the platform it has become today. Maggs has worked on Gaiman projects before, including ‘Stardust’, ‘Good Omens’, ‘Neverwhere’ and ‘How The Marquis Got His Coat Back’. It was only a matter of time before Maggs and Gaiman teamed up to give us Sandman, a project over thirty years in the making and something you should definitely check out.

The star studded cast of Sandman.