We spoke to frontman Alex Mountford of up-and-coming indie outfit Dead! about brand imagery, DIY gigging, and growing up. He shares his wisdom in the exclusive interview. 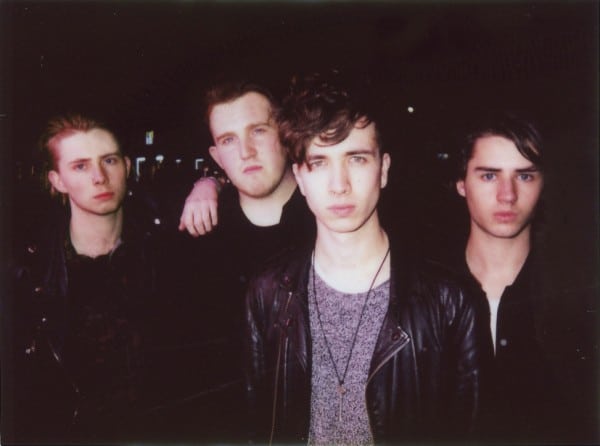 A] One of my favourite pop writers in the world is Sia. She brings out hit after hit, the melodies are incredible. Obviously we play rock n roll, that’s our genre, but I think it’s important to draw influences from other genres and all other aspects of music. You have to take these influences and make them your own. ‘Skin’ was largely influenced by hip-hop, especially the drums. When Sam was writing the demo he specifically had the drum beat from Rihanna’s ‘Umbrella’ in mind. A solid beat that makes you feel good. The words I put over it were partly sung and partly spoken word. In terms of lyrics and musical content, ‘Skin’ is about being s positive force for other people. When Sam and I first moved to London when we were 18 it was great because you go out to all these clubs, get involved in the music scene etc. But then you get to a point where you realise you’re having out with people that you don’t have anything in common with, morally or any other way. The things that are important to me weren’t important to them. So the song is about making a positive impact on the people you meet throughout your life; we all leave a small mark on the earth, we have to try and make it a good one.

Then we have ‘You’re so Cheap’, which happened very organically. Sam had the riff, we were playing it in rehearsal, put some drums under it, then we just played and made up the rest of it on the spot. I like coming up with melodies just over the top of the guys playing, just jamming and seeing what flows. The chorus came really easily. The rest of the song grew with help from a couple of producers, it was great because we got to record some of it in Soho where the vibes were fantastic. It’s a really simple pop song, but the emotional message is about the anxiety that builds up around you when you’re this age and out in the world discovering yourself. When I hit 21 I found myself in huge groups of people which can be scary but you just learn to deal with it. It’s about my own self-awareness.

S] What is your response to the recent success you’ve experienced? What challenges have you faced along the way to get to this point in your success?

A] I think it’s very important to understand the difference between ‘progress’ and ‘success’ as a musician. To me success means reaching a point where you’re happy and content. A lot has happened over the past three years, being recognised and touring feels great, but there’s always more to achieve. We want to keep working, getting better, and being good to the people we work with and the people we meet. We’ve met some bands who have really bad attitudes and it sucks. We don’t make a lot of money but we really enjoy playing on stage and we just love hearing our songs on the radio and knowing that so many other people are listening to us. It’s great when we get people coming to us saying ‘We heard you on this show!’ or ‘We heard you on this channel!’, that’s something we’ve wanted for a long time. I think as a musician you always have to keep looking forwards and look to improve; I think if you’re reached a point where you think you can’t improve then what’s the point of doing it at all? We want to keep people interested with new material and great lives shows, and wanting to keep people interested kicks us up the ass and makes us creative!

S] What would you say to new and emerging bands looking to break out and get recognised?

A] The most important thing is writing good music, the heart of what you do must be the music. Love writing, love playing, love performing. Love the feeling of starting with a blank piece of paper and finishing with a great song. Then keep on writing and practising, all the time. It’s boring to look at writing music as a business, but if you take it seriously you have to realise that you have to treat it the same way you’d treat any other career. You can’t goof off, you can’t be irresponsible or lazy. And in terms of a career it’s really exciting, not only writing music but figuring out what you want you image to be, what visual art you want to use to accompany your music. Being invested in what you want the world to see you as is important, its important to the overall message that you want your band to portray. Even to the really tiny details like what filters you use for your pictures on Instagram, it all adds up to an overall image. Organising and promoting yourself and your own shows is so important. Talk to other bands, help each other, the DIY attitude is really great. You can’t always rely on bigger bands to pick you up for a tour. Call venues yourselves, books your own shows, do your own promo, build relationships and work hard. The small, intimate shows at the start of your career will build your most loyal fan base, so it’s important to make those shows memorable and enjoyable for everyone. Little things like your mercy, prices, what background music you choose to play before a show, people remember these things. In this day and age with all the social media, image is more important than ever.

I agree it should be all about the music, but if you want to do this seriously you can’t be naive, you have to think about everything. You can’t be screwed over by people who promise you the world; booking you won tours and coming up with your own image is key. So many people get conned out of money by booking agents, it’s really sad.

S] You’re in pre-production right now, what have you got lined up for us?

A] it’s no secret that we’ve been working on our first album. We are all romantic sods and we have this idea that a band’s first album has to be a piece of heart felt, completely honest art, and we want that to show. We are really excited and really nervous, we’re a good way in but there is still stuff that needs work. Everything is there but we haven’t started recording yet, we are trying out different producers to see who we feel is right for it. I’ll be really relieved when it gets released and people can hear who Dead! really are. So far we’ve just been putting out singles and we’ve all grown up a lot over the last few years, as has our music. We have definitely involved and it will be great to give the fans old and new this material that we are proud of. I relate much more the the lyrics on our new album and not to the ones in our old songs. The stuff that’s close to your heart when you’re 18 isn’t same stuff that’s close to your heart when you’re 22, that’s just how life goes. We constantly change, and so does our music. Not one song on the new album is a love song, and i’m proud because that’s all I used to write about! There are some exciting things happening at the end of the year for us, so stay tuned. 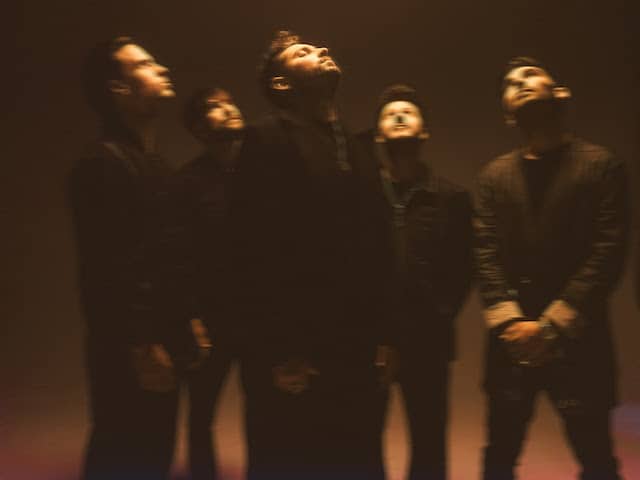