Finch will return with a brand new album on September 29. The band’s single, ‘Two Guns To The Temple’ will be available to download from August 18. 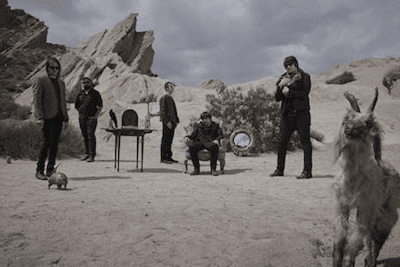 ‘Back To Oblivion’ marks the return of Finch with the band’s first full length album in over nine years.

The Southern California band has undeniably created a lasting, formidable body of work with their two studio albums and EPs – singer Nate Barcalow acknowledges that 2002’s ‘What It Is To Burn’ all but “defined post-hardcore early in the decade”, while 2005’s ‘Say Hello To Sunshine continued to shape its direction. The band dignified the demand for a celebration of What It Is To Burn’s 10 anniversary by reforming after a hiatus and playing select sold-out shows across the country in 2013.