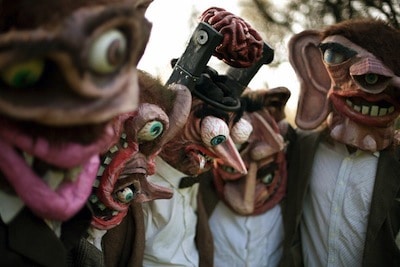 Dealing with a character whose heart stops beating and enters a hallucinogenic state where he appears to go through many visual and mental encounters, each song can be represented as a memory or story from past years of his life, mixed in with scary monsters and colorful twists that he cannot explain.

‘Underachiever’ is one such song from the album and you can hear this new track online here, where you can also pre-order ‘Midnight Mayfair’.