Gaelynn Lea has had a busy 12 months, to say the least. Back in March 2016, this violinist and singer from Duluth, MN was named the winner of NPR Music’s second annual Tiny Desk Contest, selected from over 6,000 entrants. As the prize Lea got the chance to record her own Tiny Desk Concert, at which the show’s host Bob Boilen said “there was hardly a dry eye.” 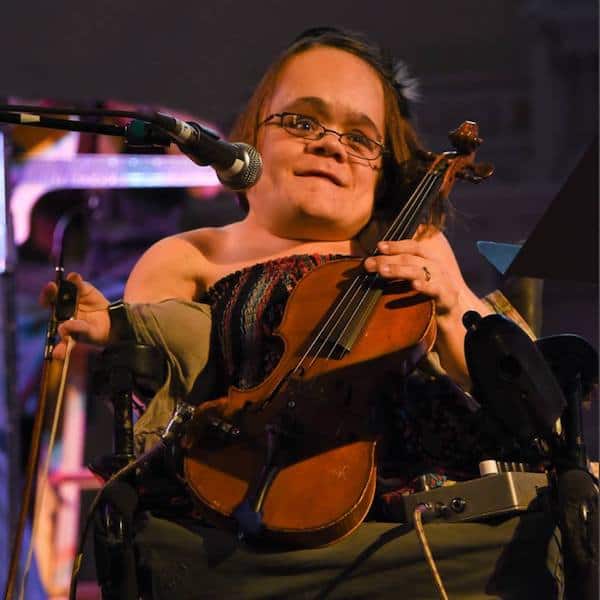 Shortly after that, she went on a five-city tour with the staff of NPR. Then in September Lea and her husband Paul sold their house, bought a van, and hit the road for a national tour. They’ve been touring extensively ever since, including a two-week stint overseas where Lea opened for the slowcore band Low in Ireland.

Now Lea is heading down for her first trip to SXSW with Minneapolis-based guitarist Al Church (he has contributed to her last two solo albums), and is releasing a music video of her original song “Watch the World Unfold” ahead of their official showcase.

‘Watch The World Unfold’ is taken from Gaelynn Lea’s 2016 EP, ‘The Songs We Sing Along the Way’. To make this music video, Gaelynn Lea sought the expertise of Melanie Schantz, musician and visual artist from New Jersey. Gaelynn and Melanie met at the CD Baby Conference in Chicago last October, where Lea was a keynote speaker.

This video was created using stop motion animation. Melanie painted all the scenery and then took 940 separate photos of her art, stringing them together on her computer to create a whimsical world that reflects the song’s lyrics. The video is available to view here.