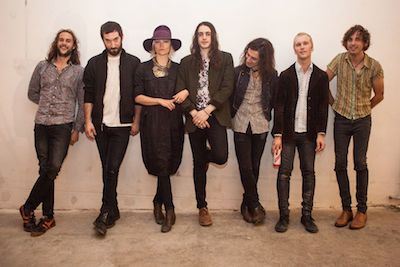 Taken from their debut album ‘Life’s A Carnival, Bang! Bang! Bang!’ released on 1-2-3-4 Records last year, ‘7 Minute Itch’ is a tale of a crazed ex girlfriend. This may sound like one of those awful cliches but the lady in question here is quite something as Rich Fownes from the band describes;

“We have a rule in the band that we don’t touch lyrical clichés . A song about a turbulent girlfriend would usually top that list… but what I experienced was a little out of the ordinary. I don’t know why she wanted me to be there so much, except to berate and control me, but the aforementioned nutcase kept me around with constant suicide threats if I looked like I was leaving for the night. When I finally broke free and called her bluff I got 150 (no joke) texts a day. They ranged from waffling apologies to fierce and direct threats on my life.”

To get to the very essence of this story, Bad For Lazarus felt the song needed a female lead vocal so they enlisted the skills of close friend Liela Moss from The Duke Spirit and Roman Remains.