Combichrist, Peter Murphy and more added to the Alt-Fest 2014 bill

Electro-metal five-piece, Combichrist, are the first of several new additions to Alt-Fest taking place 15-17, August at Boughton Estate, Kettering. The band will bring their collision of hardcore and electronic sounds to the main stage in a UK festival exclusive after having been heavily requested to appear by Alt-Fest fans. 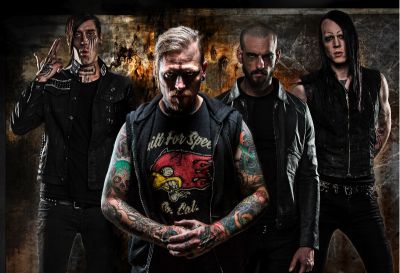 Norwegian black metal masters Satyricon, boasting more than 20 years in the business, lend their expert shredding to the Metal stage in a headline set and further UK festival exclusive. Alt-Fest’s Goth stage will be crowned by former Bauhaus frontman Peter Murphy, again in a UK festival exclusive. Often referred to as the ‘Godfather of Goth’, Murphy will be performing both solo and Bauhaus material.

Alt-Fest’s metal stage is hotting up with a further six new acts now confirmed, including punk rockers The Howling and hardcore young Yorkshiremen, Dead Harts. Also amping up for the festival are the ferocious Sanctorum and electro/nu-metal fusing upstarts, The One Hundred.  Relative newcomers Skarlett Riot, who took to the stages of some of the biggest rock festivals of 2013, are now set to tear things up in 2014 at Alt-Fest. Last but by no means least are Primitai, flying the flag for British metal in 2014.

Confirmed for the SOPHIE stage are Bad Pollyanna, taking things to a sci-fi and Animé-inspired fantasy level. Despite already boasting festival season’s freshest and most exciting line-up, Alt-Fest will unveil yet more performers in the coming months. With artists including Marilyn Manson, Arch Enemy, Peter Hook and The Light, as well as Cradle of Filth, Fields of the Nephilim plus more on the bill, Alt-Fest is shaping up to be the highlight of 2014 for misfits of all descriptions. Tickets are currently available at the super early-bird price of £85 now from Alt-Fest.com.