Alarm Bells (featuring ex members of Dananananaykroyd) release ‘Part One’, a limited 12″ available from their Bandcamp and will follow up support slots with Bloc Party and Maps & Atlases with a March headline run. 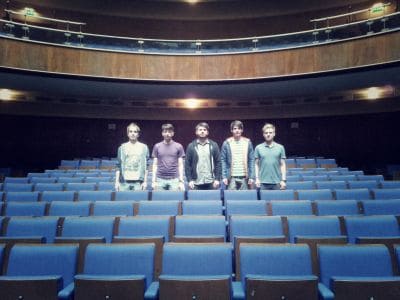 Alarm Bells formed in Spring 2012 from lead members of the “fight-pop” band Dananananaykroyd . Their first single is ‘Speeding Ticket’ and here’s the video!

It’s the second track from the ex-Dananananaykroyd band’s first release ‘Part One’, a limited 12″ available from their Bandcamp page and some independent record shops. It’s being released in celebration of the band’s first UK tour, taking in five dates around the UK in March.