Stone Temple Pilots are back, but not the way that you’ll remember them. If their new five song EP, ‘High Rise’, set to be released on October 8, is a taste of things to come in the future, then we can say with confidence that we’re very happy about it. When we first heard that Stone Temple Pilots were to replace longtime lead singer, Scott Weiland with Linkin Park frontman, Chester Bennington we didn’t know if the combination would work well together, but we do now. 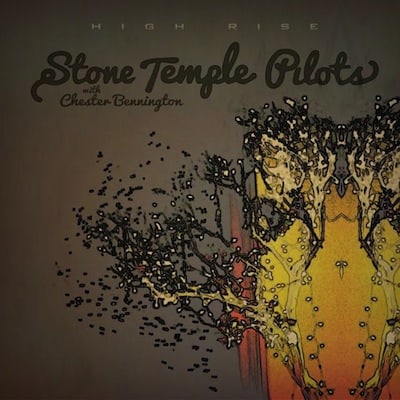 Scott Weiland’s vocals will always be associated with the angsty sounds of the nineties and of course Stone Temple Pilots, but ‘High Rise’ shows us that there is much more to this band than a lead singer. Three months after Weiland and the band parted ways last February, STP announced a surprise appearance at a concert with Bennington on lead vocals where the first track of the EP, ‘Out Of Time’ was performed, which breathed a new life into Stone Temple Pilots, launching the song to radio stations across the US and we have to say, we can see why. This track is the best way to announce the band’s comeback with fresh music. Kicking off with Bennington’s signature scream, quickly followed by the iconic sounds of Robert DeLeo on bass, Dean DeLeo on guitar and Eric Kretz on the drums as Stone Temple Pilots this track sets a high tone for the rest of the EP.

The EP then goes on to ‘Black Heart’ which has a more traditional sound for the band, starting with a driving guitar riff from DeLeo. Followed up by ‘Same On The Inside’ a nostalgic track that leaves us craving more from the EP. Bennington’s vocals work well together with the smooth and sometimes psychedelic sounds of Dean DeLeo’s guitar, all tied together with Robert DeLeo’s bass lines and Eric Kretz’s dynamic drums. The fourth track of the EP, ‘Cry Cry’ is a rhythmic powerhouse with beautifully constructed lyrics that really bring us into the groove of the track. The last track of the EP, ‘Tomorrow’ is a perfect way to tie up this new release from the band.

From beginning to end, ‘High Rise’ is alluring and powerful all at once. We love how two different styles of music can come together under one name and still provide us with the same sound expected from Stone Temple Pilots, just with a new twist. We were worried at first about the combination, but now we couldn’t be any more excited about what’s next in the future for Stone Temple Pilots.