EP Review: The One Hundred – ‘Subculture’

Nobody thought that it was possible but it’s finally been done. The One Hundred are without a flicker of a doubt, solid proof that the potential of industrial music, and hell, music as a whole, has barely been scratched, and now only the question remains: Are we soon to live in a time where metal fans and mainstream groups can stand together and hear screams and roars without dismissing the sound instantaneously? Well, no, but it takes something special to rekindle that futile hope, and ‘Subculture’ is that flint. 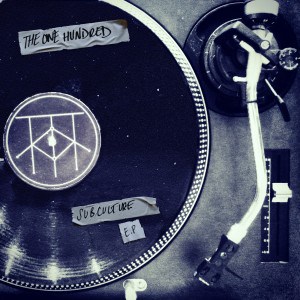 The debut EP is full of metal slams and club ambience. ‘No FKX’ builds to a bang, and is supposedly an opener leading rapidly into ‘Breed’, though it has a full circle, and despite its abrupt end, is practically a track of its own. ‘Breed’ on the other hand is a steady banger of a tune with distorted riffs intensified by soaring electronics. Straight away rap scrapes against roars, and this follows into ‘Kingsmen’ where the vocalist stretches from rhymes to shouts and almost into screams again. This one tames things down but with the constant threat of chaos, whereas ‘Unleashed’ convinces you that you could well be in the midst of a club full of blinding lights and sweaty inconsiderate bastards. It builds step by step until the melodies sparkle and blister, and then brings things round to pure demonic aggression, then the climax steps things up with the drums and takes it up one notch further. Hell yes!

Back into the furnace where ‘Tale of Two Cities’ tricks you into believing that things have calmed down, but only until the guitars smash into the drums and disarray is induced through electronics, and the lyrics begin with ‘I’m a problem child!’. It’s at this point where we are realizing once again how emotive and emotional industrial melodies can be and indeed are. This, combined with the anger of distorted guitars and MC rap styles creates one hell of a grip.

The One Hundred are gritty with a mainstream twinge, underground and overground (not like the fucking Wombles), like a British Lionheart spiked with ecstasy. It’s refreshing, especially after hearing many shambles albums such as Crossfaith’s ‘Apocalyze’ last year that pretty much shattered any hope for this genre, but The One Hundred have brought fresh fruit to the table, and it’s bloody delicious.