Film Review: ‘As The Palaces Burn’

This is worth several thousand words, but that could get boring, although not for us. We would get off on describing every facet of this film. But this world of instant gratification (‘Now You’ve Got Something To Die For’ eat your heart and what have you. Or basically any LoG track) demands succinctness. We haven’t seen a documentary so layered and moving in a long time. 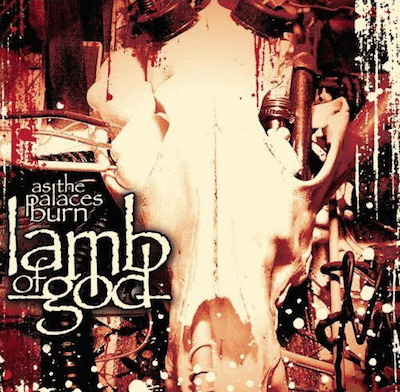 It begins, as it was intended, by taking an outward look on the fans. We meet interesting characters, visit fascinating places, and live how the band live. Vicariously, you experience the lives of the band, from the frustration of the airport and the on tour matred (definition: the hatred of your mates. Someone get the lexicographers in!)  to the “Holy s*it, that must be amazing!” feel when we walk on stage with them. A particularly eye-opening sequence shows Viking guitarist Mark Morton shooting hoops with his daughter, that’s how three-dimensional this film is.

Then…well, you know what happens next. The metaphorical sh*t hits the proverbial fan, and you’re thrown into the deep end as the film’s initial shaping morphs into something more poignant than you could ever have imagined. It’s no surprise director Don Argott was able to shoehorn in this realism and drama to create something that shows us more than endless fan interviews. Daniel Nosek’s untimely death brings the weight of responsibility down on you, as it also reminds us of the suffering family. Condolences, guys.

No, this takes you through some serious emotion. It’s difficult for us Lamb Of God fans to watch Roger Brill…err, Randy Blythe go through it, and we don’t mind telling you, much to the contradiction of the cool-and-tough-as-hellz image we have clearly created for ourselves at Soundsphere, a few tears were shed towards the end. Above all, it’s inspiring to see the man dealing with it so well. Before the trial gets going, we see him chill on a cliff-top watching the sunset, and claim that all he can do at that point is “enjoy the moment”. Wow.

This is the best damn band documentary this writer has seen in years. It’s liberating, exciting, indisputably powerful, and paced perfectly, never faltering or lingering for a moment, put together like a narrative with all that (Roger B)brilliant light and shade. A real testament to Randy Blythe who walks the talk.