If you asked Rob Burgess to describe what he does in three words, he simply couldn’t. There would be too many ‘ands’ – he’d soon run out of words to use. “Full-time musician, teacher, producer, studio-owner, touring band member and songwriter”: that’s seven words too many, even if we used commas. His life and his music are one and the same, with his achievements stacked unbelievably high. Between nurturing his personal music, Burgess lends his many talents and his studio to bands on the Hull circuit, all the while touring far and wide with Novocaine, Bad Magic and Novana (to name but a few).

Being able to call yourself a ‘full-time musician’ is a luxury only a select few are able to do. Burgess started early: “I started playing guitar when I was a young kid – at about five or six. I did my grades at around fourteen, left school and went to music college. Then, when I left music college, I joined the band scene.” Between touring and creating original music with The Influence and Novocaine, as well as performing covers with The Rockets, Burgess racked up a staggering amount of experience. It was constant.

Though his passion was interwoven with performance, early on he discovered that it wasn’t enough. The spectre of paying bills hung over him, and so, like many musicians, he resorted to getting a day job. “As well as being a student, I worked at Halfords which was just soul-draining, and then in the middle of that I was teaching private lessons.” he explained. “You’ve got to put your pride on the shelf. You can’t just be doing what you want to do all the time – you have to do what brings money in. If you’re able to play well, start getting involved in wedding bands; if you’re exceptionally good at what you do, give lessons to bring in even more money. You’ve just got to be open to everything. At the moment, I’m doing a lot of solo acoustic gigs, and it went from one week doing a twenty-minute set being scared shitless, to a couple of weeks down the line playing an hour and a half set to a group of strangers who don’t know me just for £100. My focus shifted from being terrified to realising that the important thing was that it brought in money. You’ve just got to put yourself out there and take a risk.”

“Determination” is his immediate response to what an aspiring musician should strive for. “Even if you’re absolutely crap at playing your instrument, determination will see that you’re eventually brilliant,” he says. Here’s another thing: “Availability: you’ve got to be available for everything. If you say no to things, there comes a point where people will stop asking. Even if it’s not working for you, sometimes you need to make personal sacrifices to make sure that it will. Last of all, Reliability: if you do say yes – do it. Try and be a person of their word, who does what they said they would do, when they said they would do it. When it comes to gear, get the best gear you can afford. If you’ve got good gear, it will push you to keep going. The Warren, where I give lessons, has amazing gear. It’s a great place to start. Take advantage of it.”

Hull doesn’t have a reputation for having a burgeoning music scene – in fact, the general opinion of Hull, despite being awarded the City of Culture, is unreasonably low. “Well, that’s wrong.” Burgess says abruptly. “Hull has got a massive, massive music scene- although, FRüIT closing down was a bit of a blow, to be fair.” The venue which had hosted, and ultimately helped to raise, artists on the Hull scene had announced their permanent closure after redevelopment plans. “They had pushed so many bands into the limelight who you’d never known about before. There’s a phenomenal breeding ground of great bands. Another advantage of being a musician in Hull is because the city is so small, everyone is aware of each other and help each other out. The Bonus Arena coming now, Hull is drawing in bands from far and wide. I think it’s going to make a breakthrough at some point. I don’t know who will be the one to do it, but it’s going to happen.”

There is no wonder musicians are under an immense amount of pressure to secure gigs in the cultural epicentres of Manchester and London in order to stand a chance. “I’d say push it. I’d say don’t take no for an answer.” Burgess tells us. “I’d say look at what other bands do and how they do it. Get an EP sorted, electronic press kit, so when you message promoters you come across as dedicated professionals. Yes, you might be from Hull, but that doesn’t matter. Take The Beautiful South, for example, who are from Hull. It doesn’t matter where you’re from, what matters is what you do and how you do it. If you come across as serious and have a band that’s tight, you’ll be able to play anywhere – it shouldn’t matter where you’re from. If it does matter where you’re from, it’s their prejudice, not yours, and you shouldn’t put up with that.”

“A lot of times, bands think if they can secure this one gig it’ll be a breakthrough. Market yourself along the lines of “You should get us now, while we’re on the up”. If you do get to play these bigger gigs, give something back by doing your own promoting on social media. The way it is now, you can message any band in the UK directly. You find that bands look out for each other: if a venue hasn’t paid them, they’ll tell the others about it so they know and can be wiser. Above all, be nice. First impressions are the ones that count.”

With a career as illustrious as his, it’s surprising that Rob Burgess doesn’t take too long to decide what is his highlight. He recalls: “We got to play my original music at a Novana gig with Chad Channing, the original drummer for Nirvana. Our friend who knows him got in touch and said, “Chad’s going on tour. He’s heard your music and wants to know if you’d open some gigs for him in London.” We renamed Novana. I went on the front, the lead singer was on the drums, and we played my original music. So, that was pretty fucking cool.”

Once he’s started, the highlights start coming in droves: “We also played on the O2 Academy Newcastle main stage and a thousand people were just bouncing to the songs. The room was just shaking. Teaching-wise, I got involved with The Warren. There was a young lad who came in not being able to play anything at all; he was really shy and nervous. Now, 2 years down the line, he’s phenomenal. He now comes in, talks to people, gets them a cup of tea. It’s been amazing to watch his confidence grow.

“And of course, I opened a studio.” Starting as a simple set-up of a few microphones and equipment in his bedroom, he finally has his own premises for a professional studio. “I get to produce people who I’ve admired for years, and have them say ‘thank you’, which is amazing. I’m still getting used to that.”

By the standards of many, Rob Burgess is a success – in not only one, but innumerable areas in his career. How does he personally define success, and how close is he to attaining it? “Well, I’d like to think success is happiness – but I don’t think that’s it. I think success is always trying to grow and realising it’s a never-ending journey. Putting your efforts into growing instead of stopping is success. I think, then, you’ve been successful in your own mind. If you feel like you’ve taken a big step forward, then you’ve already had some success. Being in music circles, being able to involve myself in music everyday and putting my heart and soul into it without slacking off is an achievement.”

The future for Burgess is defined by ‘definites’. “The ‘definites’  are finishing the Novocaine album. I’ll release that either online or through The Warren. That’s just a little personal feeling that these songs need to be heard. My other original material, which I’ve always been scared of playing to other people, is now being properly recorded and will be released as well. Uber Studios is pushing itself. I want to say yes to every gig. I’m going to relax, read, learn and listen to as much music as I can.” 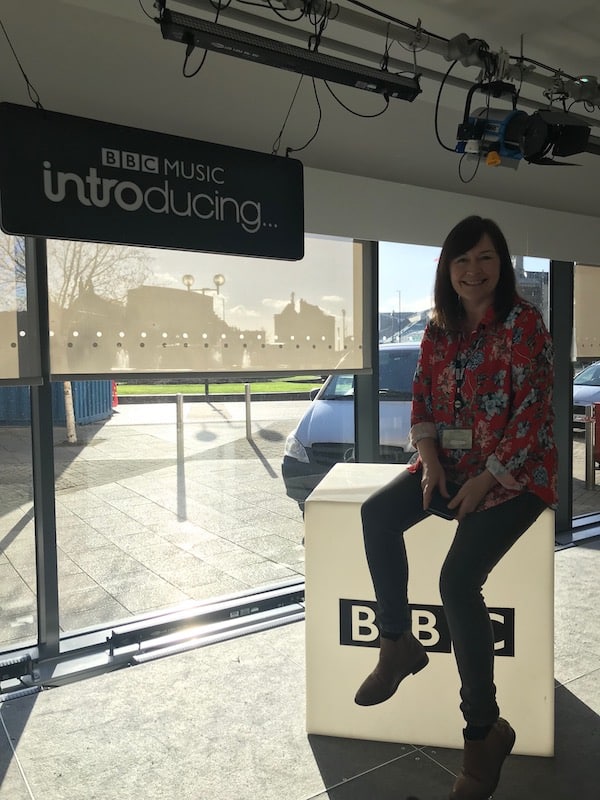